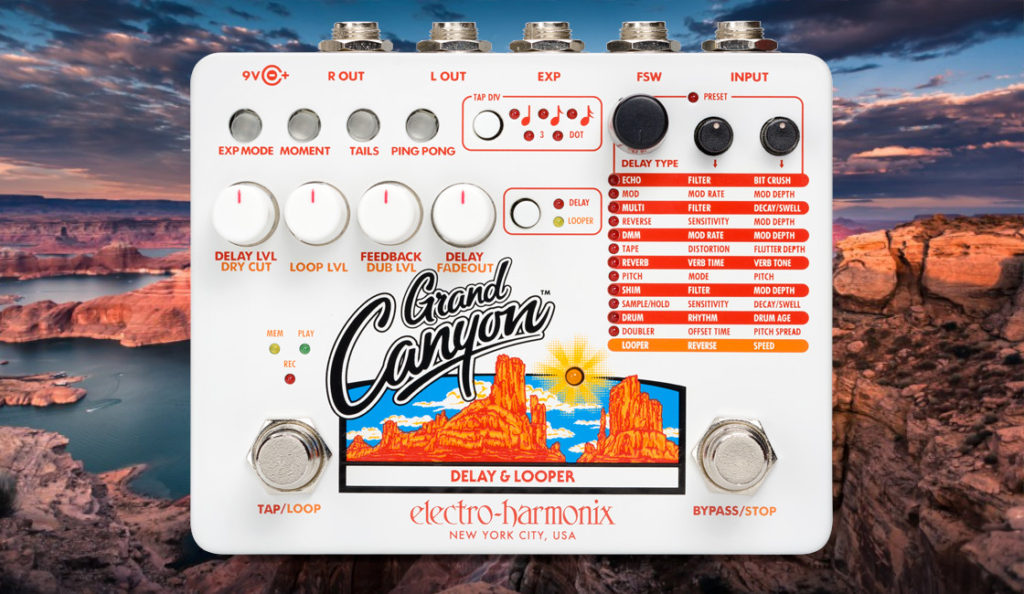 Electro-Harmonix have made something that was in the eyes of many as great and have made it even better with new Grand Canyon Delay and Looper pedal.

The EHX Grand Canyon appears to be the most advanced multifunction delay and looper pedal they have ever manufactured with twelve effect types and a fully-featured looper .  Other effects included are Echo, Mod, Multi, Reverse, DMM, Tape, Reverb, Pitch, Shim, Sample/Hold, Drum, and Double.

This is definitely another Electro-Harmonix pedal that will be suitable for any guitarist, synthesist or electronic musician and we think it will definitely inspire music creativity.

– Tails feature. Select whether the echoes fade out naturally or stops immediately when the pedal is switched to bypass mode

– Loop audio remains in the Grand Canyon until you erase it, even after removing power

– 13 presets can be saved or recalled