Buzz Osborne aka King Buzzo of Melvins has made grim grungey sludgey distortion his signature over the last 35+ years of shenanigans with Melvins, influencing seminal bands like Nirvana,  Sun O))), Soundgarden and just about anyone else who considered playing high-gain music at a slower tempo. Now you can cop a King Buzzo approved range of grimey gains in a new collaborative pedal from Hilbish Designs and the man himself, called The Pessimiser.

“This collaboration pedal was developed and designed with the Melvin’s King Buzzo, to capture his unique distortion tones spanning his entire career. The Pessimiser features a wide range 3-band active EQ, with the ability to boost and cut. The Boost control goes from light overdrive to over the top fuzz. The Mix control lets you go from completely clean tones to full on distortion, and everything in between. The Blast control controls your volume, dipshit. Use it on guitar, bass, synth, or as a studio effect.” 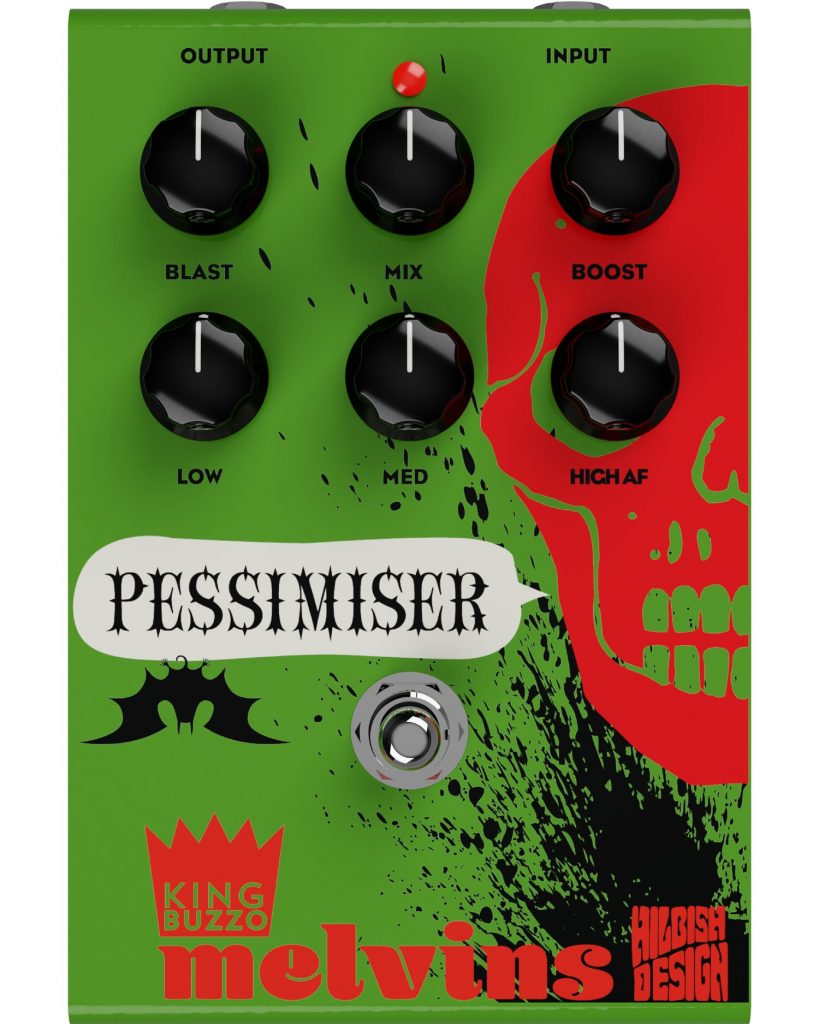 A mix control is always a welcome addition on gain pedals like this, blending the full range of frequencies from a clean guitar sound with heavily distorted sounds can result in a much heftier tone than just straight overdrive.

Grab all the deets here