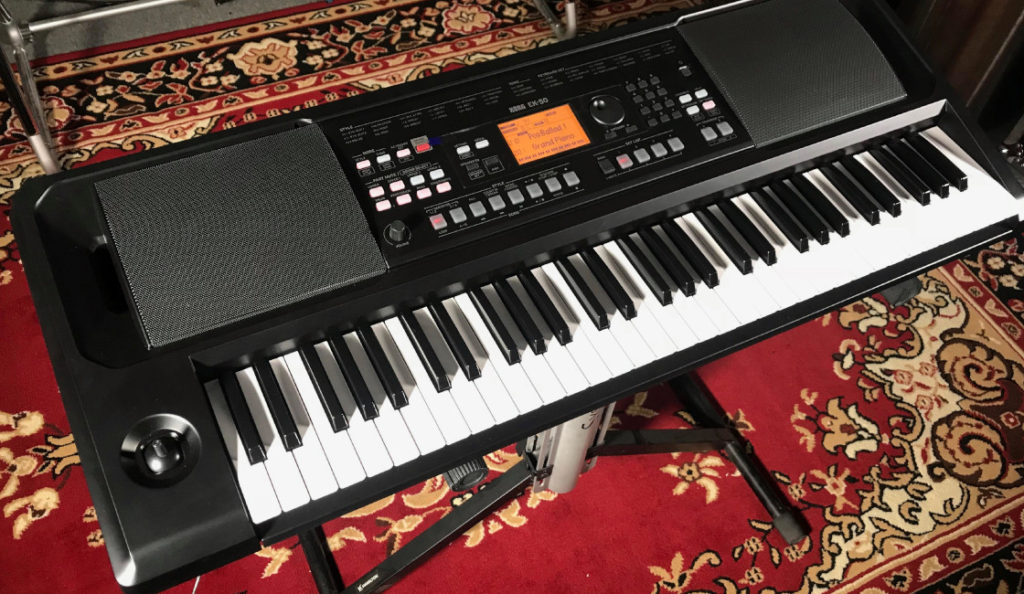 KORG have just ventured into new territory with their first entry level accompaniment style keyboard, so we take a quick first look at the new EK-50 Entertainer Keyboard.

This is an affordable and portable keyboard that’s going to appeal to a wide range of musicians because there are a few different ways you can look at it. On one hand it’s super versatile keyboard loaded with a huge range of sounds from beautiful acoustic pianos through to aggressive synthesisers so it’s a great choice for anybody playing with other musicians in a band whether on stage or in the studio.

On the other hand, you might not even need a band because the KORG EK-50 provides lively and intelligent accompaniment across a wide range of genres. You can even playback MP3 or Wave and Midi files directly from a USB stick. 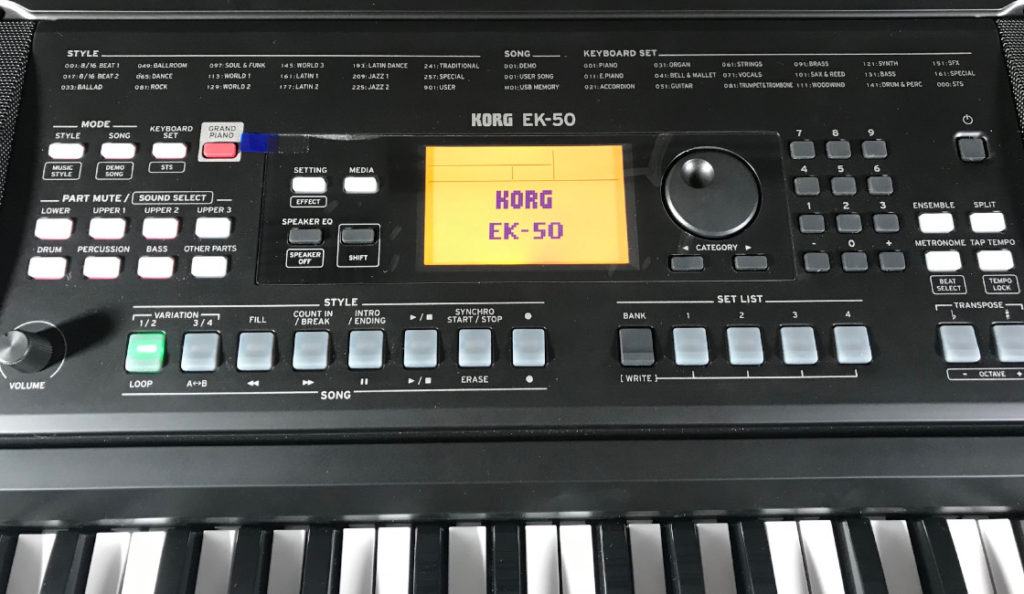 Basic navigation is done via the four buttons in the top left of the front panel. Although the EK-50 contains more than 700 instrument sounds, Korg have crafted 170 custom ensembles called keyboard sets. These are basically groups of up to four instruments. Each of the instruments in a group can be enabled or muted via the four buttons just below. The three upper sounds are layered together so you can play them back with your right hand, and the lower sound is played using your left hand.

As you can see from the writing on the top right of the panel, keyboard sets are divided into 17 categories, which should cover almost every style of music you’re likely to play. The joystick is great for adding movement and expression to your playing. You can adjust the timbre of sound by moving the joystick forwards or backwards, or bend the pitch of the sound by moving it left or right.

Sometimes all you want to do is play some piano. In this case just press the grand piano button to get a great acoustic piano sound right across the keyboard.

The Style button is how you turn the EK-50 into an entire band or orchestra. As you can see from the writing on the top left of the front panel, there are 280 styles organized into 17 categories. Each of these styles give you a different type of backing band to accompany you in a specific musical style.

Just play a chord and hit play, and the band will effortlessly react to whatever your left hand is playing. The display tells you which chord is currently active. There are four variations of backing track per style which usually build in density and complexity as you progress through them. Additional buttons can trigger one bar breaks and fills as well as intros and outros. There’s also plenty of room to add additional styles  which can be downloaded for free from Korg’s website.

Song mode is where you access audio or MIDI files which you can play along with, however they don’t react to what you’re playing. You can also plugin a phone or other media player via the 3.5 mm auxiliary input on the back of the EK-50. Any audio device connected to this input will be played back through the EK-50s stereo speakers.

On top of all this, the EK-50 can be powered by 8 double A batteries.