Etching its beginnings in 2013 as a project for songwriters Chloe McGrath and Jane Azzopardi, Perth-based shoegaze quartet Calmly can be described as grim, gritty, angelic and beautiful all in one sentence. Following the 2014 additions of drummer Ashlyn Koh and bassist Rhian Todhunter, the band have toured extensively including appearances at this year’s SXSW in Austin, Texas and have also released a number of singles and EPs. Rhian and Jane from the band kindly let Noisegate in on their set-up secrets in our regular feature MY GEAR…

How does your live setup differ to your recorded music?

It’s actually pretty similar! We usually use our own gear in the studio, but we add a few bits and pieces like piano, vibraphone and a few extra vocal layers.

For sure! Our pedals alone are pretty telling, basically all reverb, delay and overdrive – classic shoegaze band. A lot of the time we have just made-do with what we have available, but it’s ended up contributing to our sound a lot. 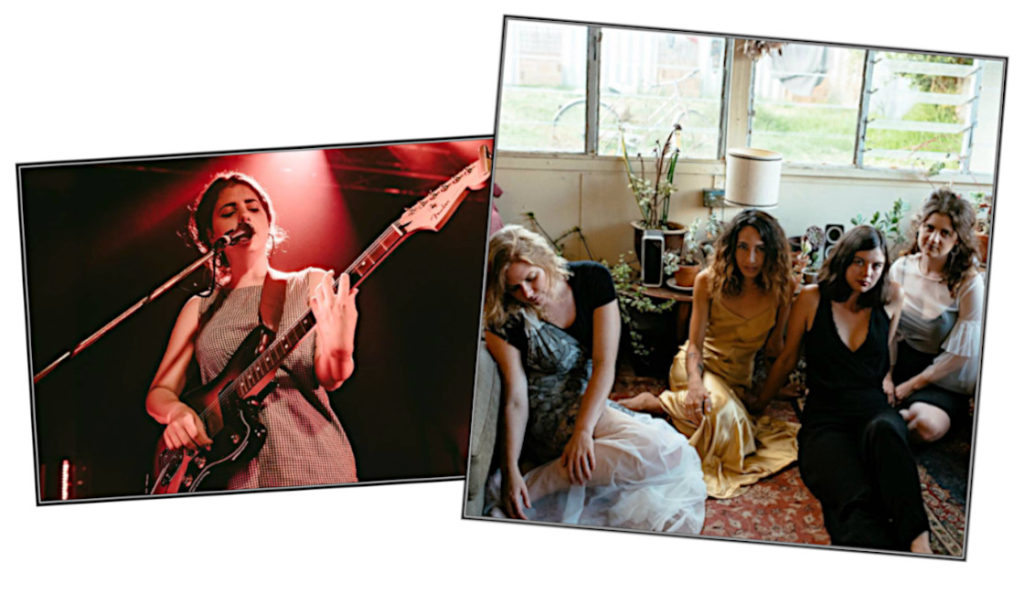 Rhian: A Yamaha CG 100A classical guitar that I got when I was about 7 (which I also still have!)

Probably a really nice piano. I have a nice acoustic guitar (Gibson J45) and it almost makes it easier to write songs because it sounds so good! I think a really nice piano would be awesome for songwriting – mapping out chord progressions and coming up with melodies. I don’t know enough about pianos to be able to name the exact one, but I will know it when I hear it.

Keep up to date with Calmly: