Between mixing gigs at some of the countries most prestigious venues, working at Melbourne Electronic Sound Studio (MESS) and building/designing his own Eurorack modules for his side-business Worng Electronics, Morgan McWaters still finds time to occaisonally make and perform music under the name Worng. Noisegate quizzed McWaters on what he’s running these days.

Can you describe your current live set-up?
Currently I use a Sequentix Cirklon sequencer as the heart of my setup, controlling a Eurorack modular synth, an Oberheim Two-Voice synth, Waldorf Streichfett string synth, Vermona DRM1 mk3 drum machine and an Elektron Analog Rtym and a few effects units. The Cirklon is the brain and sequences all the different parts, I sculpt the sounds and dub mix everything for the live show.

How does your live setup differ to your recorded music?
The recorded music is all made with the same equipment as I use for the live shows and in a fairly similar way, I generally try to record most things live to a stereo mix and then sometimes layer one or two parts over the top. I used to record all the parts separately and then edit and mix them in the computer but I like doing it this way more now. 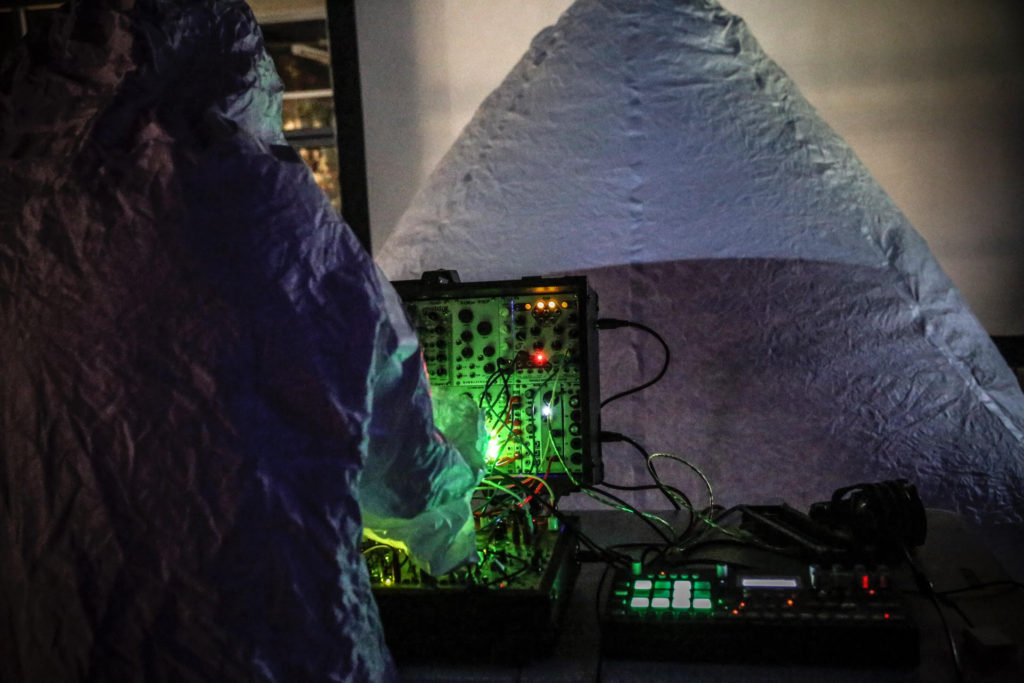 Is your gear integral to your sound?
Yes, I could make the same music with different gear but it would sound different in a lot of ways. That said I happily swap in and out different drum machines and synths and use different modules in the modular all the time so I’m not tied to using particular things.

You’ve got a bit of a thing for synths, how did you first encounter one?
Milo from The Emergency (band) had a Roland Juno 6 synth and the band used to rehearse in the living room of a share house I lived in. The Juno got left there all the time. I used to spend ages with the arpeggiator latched on just pushing the sliders up and down to try to work out what they did and make cool sounds.

What is a dream piece of gear that you would love to own?
The Cirklon and the Two-Voice are kind of my dream bits of gear that I already own, but there’s lots of classic studio stuff I’d love like an E-Mu SP-1200 and an Eventide H3000. I’m also designing my own dream modular gear as WORNG Electronics.

Connect with WORNG on: