NAMM 2020: Roland Go After the Live Streaming Market with the New GO:LIVECAST

The barrage of new product drops ahead of next week’s NAMM trade show has begun! Roland have announced a hybrid app/hardware package called GO:LIVECAST, promising to make your live streaming efforts look and sound more professional.

The combo will allow you to mix video, sound, play media, trigger sound effects and more, directly from your mobile device. The hardware component has a built in mic with onboard reverb effect, or an XLR input for a professional mic. It also has a stereo line input for plugging in any other instruments or media devices. 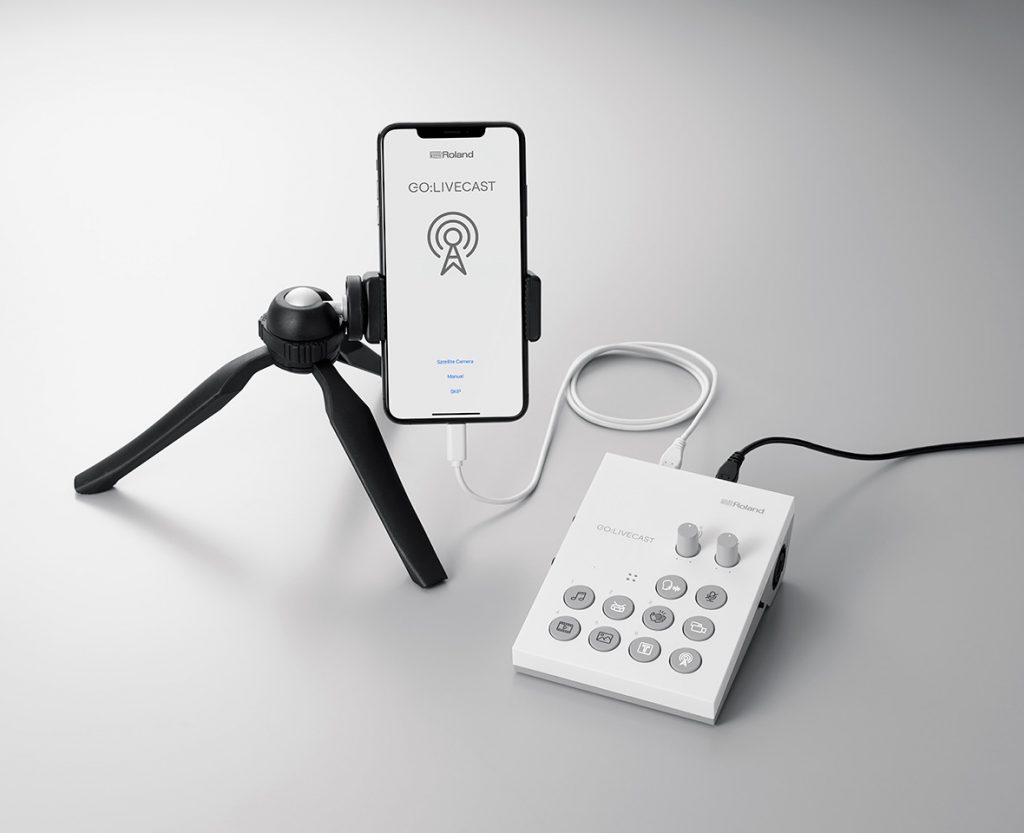 The Roland GO:LIVECAST app will allow custom titles and texts, personalised libraries of photos, sound effects and backing tracks, plus the option to connect a second mobile device and switch between camera.

We wouldn’t be surprised if affordable podcasting and streaming products were a big focus amongst manufacturers this year, it’s a new area of the market that has a lot of interest.

Get all the deets on the Roland GO:LIVECAST here.