Audio Over IP Protocol Milan – What is it, and Do You Need to Care? 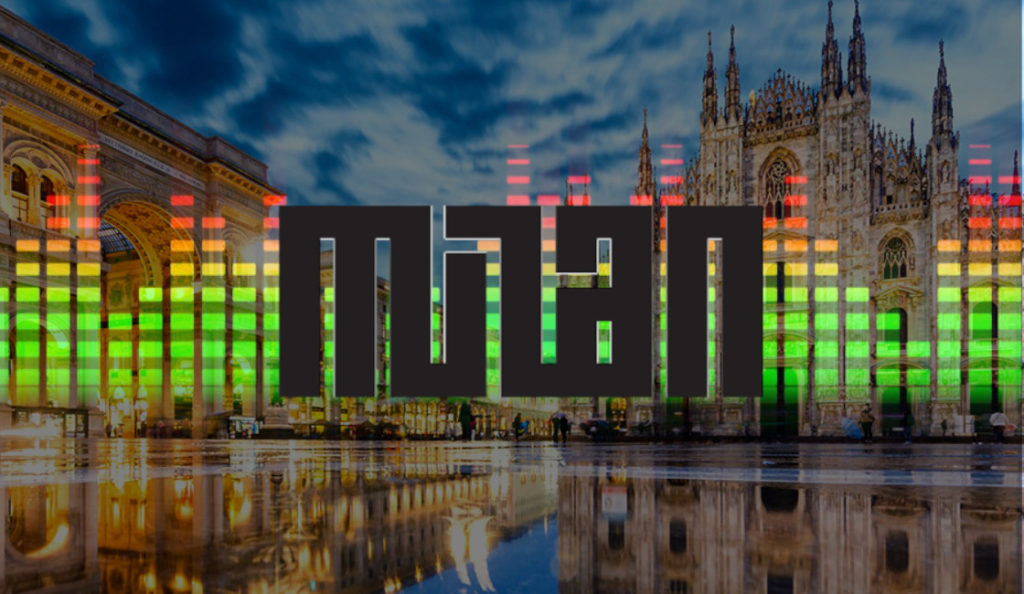 Back at InfoComm in June 2018, pro audio industry heavyweights including d&b audiotechnik, Avid, Meyer Sound, L-Acoustics, and Biamp announced they were all working together on a new AoIP protocol based on AVB (Audio Video Bridging) they called Milan, adding yet another Italian naming reference to the networked audio world (see Dante and RAVENNA). As members of the Avnu Alliance, they are seeking to advance the adoption and development of AVB by making manufacturers implement Milan’s standards to ensure compatibility between different devices, which, incredibly, AVB doesn’t currently guarantee. How did we get here?

AVB is an IEEE standard ensuring synchronisation and reliable, high-priority delivery of audio and video over Ethernet. It was first published in 2011, and founding members of the Avnu Alliance included some seriously powerful companies, including car manufacturers, Cisco, Intel, and the Harman Group. It looked like license-free audio and video over IP would soon be available to all.

But, in the intervening years, very few audio products have been released, and those that were often couldn’t connect to one another. Almost no video products have entered the market. This is mostly because you need Avnu-certified Ethernet switches to run AVB, and until recently, when Cisco released a slew of them, there weren’t many. AVB has languished as Dante took over the live and install market, RAVENNA took broadcast, newcomer Q-LAN started making inroads with Q-SYS, and the AES67 interoperability standard that all three have adopted looked set to render AVB irrelevant.

Enter Milan. It’s really an agreement between a few companies on how they’ll implement AVB in their devices, including requirements for device discovery, stream formats, and clocking. AVB implementation up to this point has been reminiscent of the early days of CobraNet, with some manufactures setting up their own locked-down implementations that couldn’t be adjusted and wouldn’t necessarily connect with others.

It’s been three months since the Milan announcement and there’s been little follow-up news to report. PreSonus, who use AVB to connect their desks and stageboxes, joined Avnu on the back of the announcement. There’s still no major video products outside of Biamp’s Tesira platform.

What has made news is Audinate joining the SDVoE Alliance, which are a group of manufacturers including Sony and Christie working together to standardise AV over IP. Products including Visionary Solutions PacketAV Duet have emerged which let you encode, embed, de-embed and distribute Dante audio with 4K video over the network. While Milan was being announced at one end of InfoComm, Audinate were demonstrating how they could use Dante Controller to control SDVoE signal routing at the other.

It looks like Milan and AVB may yet again be relegated to a footnote in networked AV history. So why would such big companies, obviously helmed by some of the smartest people in the business, be expending effort on this?

Dante has dominated audio over IP like no other player. And it’s one company, based in Sydney. If you want to add Dante to your product (and everyone does), you have to buy a chip from them. This adds a cost to your product, which, if you were implementing AVB and Milan, you wouldn’t be incurring.

The fact that a huge proportion of the industry’s signal infrastructure is now entirely reliant on one company makes many people nervous. What if Audinate go broke? What if they stop development? What if they get us all addicted and then jack up the price? What if they introduce code into the firmware which makes the devices go crazy and enslave the human race? It’s a new situation for the pro audio industry to deal with – imagine if one single company owned XLRs and were the only ones that made them. You would have to buy from them, they’d be way more expensive, and you’d probably be worried too.

AVB and Milan, if worked on diligently and consistently, could be immensely beneficial to the pro audio world, and for our integration with video. The problem to this point has seemed to be that everyone cares, but no-one is responsible. Everyone indicates that they want to see it developed, and for products to be interoperable, but no-one has devoted the resources or made a co-ordinated effort to make it happen. This is in general the problem with open source – there’s no economic motivation for people to work on development, just the enthusiasm of techno utopians who love the idea.

Dante is completely the responsibility of one group of people who have a financial incentive to keep it developing and expanding. All technical issues are their problem, and hence get fixed. End users have a single place to go to request new features and report bugs. Technology companies have a single point of contact for assistance developing products that incorporate Dante connectivity. It’s the kind of support and reactivity to the market that AVB will probably never have, as its very existence is defined by a committee.

If there’s any poetic justice in the world, the next big AoIP and networked video announcement will be total audio, video, and control interoperability across all products based on an expanded AES67 called ‘Spaghetti’.

How to Use Universal Audio Interfaces with Apple M1 Macs