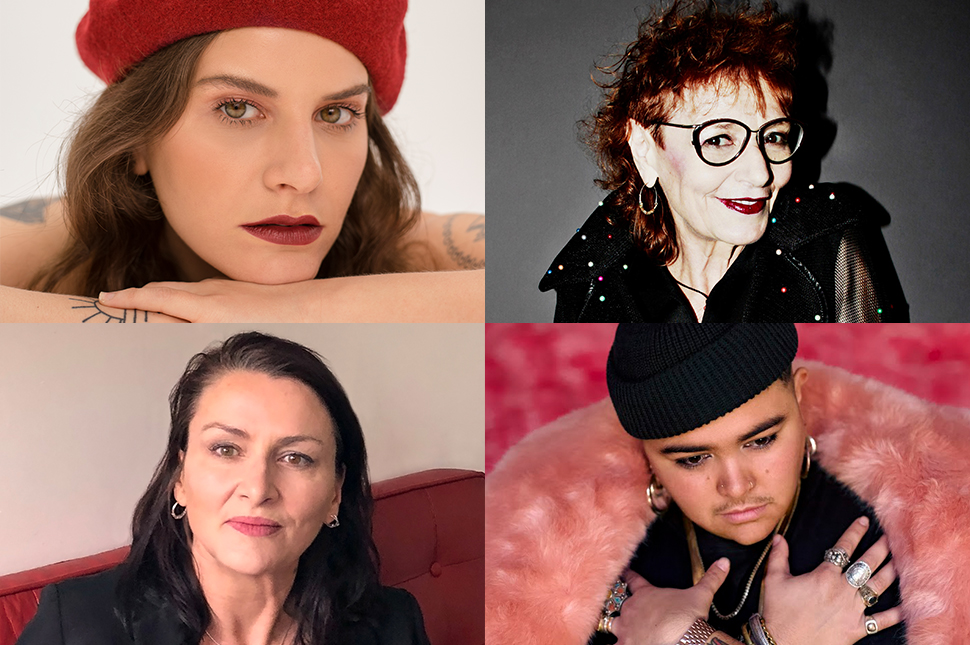 BIGSOUND has also announced their party program today, with purple pass holders in for a real treat with  16 official events. Kicking it all off is the Virgin Australia ‘HOME’ Welcome Party featuring music from Electric Fields, DRMGNOW, Deline Briscoe and Mambali. Other highlights across the four days of treats include the Levi’s® Showcase with music from Milan Ring, Kobie Dee, Stevan and Dulcie, the Nettwerk Music Showcase featuring Riley Pearce, Jaguar Jonze, Hayden Calnin and Harrison Storm, the Unified Showcase with Tones And I, Jack Botts, Stellie and RIN and of course the famous Bloody Mary Brunch.

As well as writing some of the best indie anthems of the last decade, Best Coast’s Bethany Cosentino has become an important and outspoken artist voice — speaking out against sexism and sexual assault, sharing her journey to sobriety and her struggle with insomnia.

Vivien Goldman has had an incredible journey through the music industry, working as a journalist in the UK on publications such as NME, Sounds and Melody Maker, hosting on pirate radio, working as Bob Marley’s first publicist, and finally becoming an acclaimed author, with her latest book ‘Revenge of the She-Punks’ chronicling female voices across the punk movement.

Sahara Herald has been a staple of the live music industry for decades, with eighteen years as National Event Co-ordinator of the Big Day Out before moving to Mushroom Group’s Frontier Touring where she was appointed Tour Director in 2018, being integral in the success of record breaking tours such as Troye Sivan, Lorde, The Killers, Paul Kelly, Shawn Mendes, Midnight Oil and Sam Smith.

Mojo Juju is one of Australia’s most important artist voices who takes us on her journey of self-discovery and storytelling through music and breaking through in 2018 with her triple-ARIA nominated album ‘Native Tongue’.