Only a day or so after posting an effectively cryptic teaser video, IK Multimedia have unveiled MODO DRUM, the second entry in their MODO software instrument series along with MODO BASS.  What looks initially like another drum sample library along the lines of Toontrack’s Superior Drummer or FXpansion’s BFD, MODO DRUM is in fact a different beast entirely, exclusively utilizing physical modelling instead of sampling. While sampling remains the most popular method of recreating realistic acoustic drums, there are plenty of benefits to pursuing the alternative synthesis route, most notably, extensive customization. 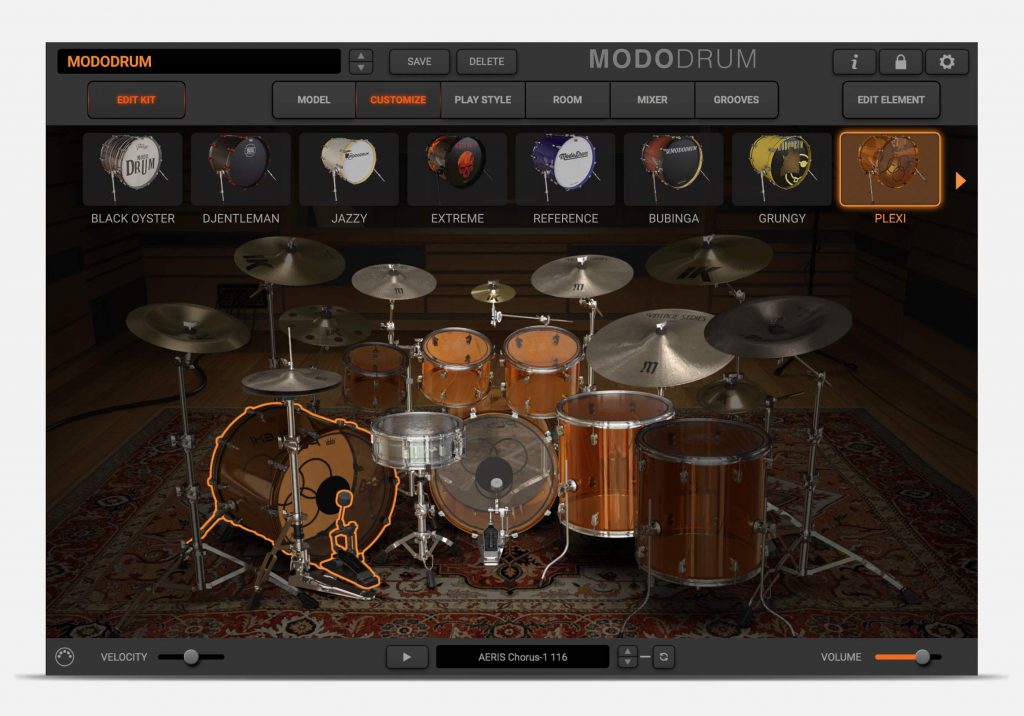 To start with you’re given 10 complete drum kits to play with, but the amount of control you have over each component is somewhat unprecedented. In IK Multimedia’s own words:  “For every drum in the kit, you can adjust the skins, tuning, and damping. Then adjust the diameter, the height and the shell profile of the drum itself. For snare drums, you can adjust the type and tension of the snare, and for both kick and snare you can even adjust the sympathetic vibration of nearby drums as well!  Tune cymbals up and down, and adjust damping to precisely shape their sound and performance.”

With no microphones being used, you’re free to virtually place your customized drum kit in a variety of virtual environments including studios, warehouses and cathedrals. 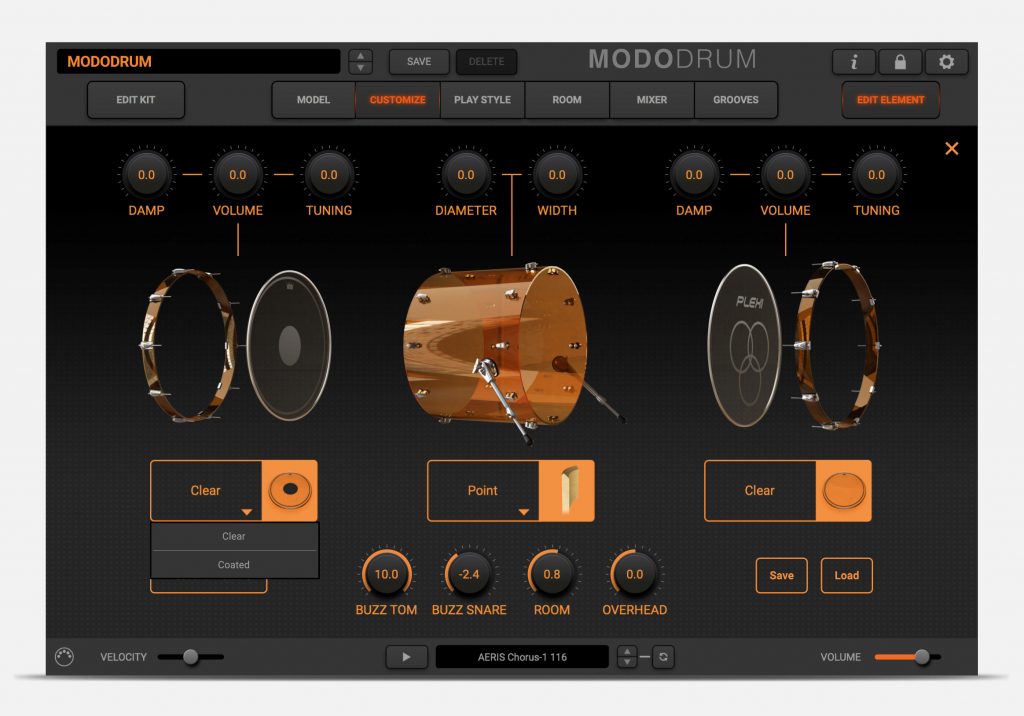 This path is not without severe technical challenges, but judging by the audio demos posted on IK’s website, it sounds like they’ve defied the odds and succeeded where many have failed in synthesising truly realistic sounding acoustic drums. But we’ll have to wait until August when MODO DRUM becomes available to really know for sure.

A similar example of this approach is the Piano V instrument by Arturia which again uses physical modelling as opposed to the tried and tested sampling method achieving comparable levels of flexibility. And if you’re looking for a new piano controller, the just announced Arturia Keylab 88 MKII might just do the trick and happens to be bundled with the Piano V instrument.