Is This Thing On? – Getting the Vocals Over the Band

It’s the first thing that punters will complain about at a gig; “the vocals aren’t loud enough”. Even at large-scale concerts with seasoned professionals in control, this can be a problem. It’s an issue caused by a combination of the human sensitivity to how the voice is presented, an audience’s deep emotional attachment to the words and melody of their favourite songs, and the purely physical problems of changing acoustic energy into electrical energy, and back again into much louder acoustic energy.

It’s not a fair fight. The human voice on stage at a contemporary amplified gig of any genre has to compete with amplifiers, drum kits, and stage monitors, which it can’t. Then it has to compete with all of the other instruments for spectral space and energy in the FOH loudspeakers themselves, with assistance from the mix engineer. This is where the art and science of mixing collide; knowing what coverage and energy are available through the loudspeaker system, how the room is responding, and musically adjusting the sources and mix to suit.

Choosing the right microphone for the right source is 90% of the battle for amplifying any instrument, including voice. Some mics are designed with particular sources in mind, and their SPL and frequency response are engineered accordingly. There is a huge range of vocal mics on the market, all with similar low-frequency roll-offs and mid-high boosts for intelligibility. But some will suit particular vocalists better than others. You’ll only find what works best for a given vocalist by experimentation.

What you can decide on to give you an advantage is your vocal mic’s polar pattern, usually a choice between cardioid or hypercardioid for handheld mics (lavaliers and headsets are a whole other article). Choosing between these two is all about what type of stage monitors you’re using, and rejecting as much of the signal coming from them as possible.

If it’s just one wedge directly in front of the singer, go for cardioid, as it’s designed to reject from directly behind the mic. If it’s a pair, go for hypercardioid, as a lobe at the rear of the mic means that it rejects in two lobes centred at approximately 10 o’clock and two o’clock, from the vocalist’s perspective. More rejection of the wedges equals greater gain before feedback. If you’re using in-ears, this can still be a consideration if there are other output sources like amps or drums nearby. 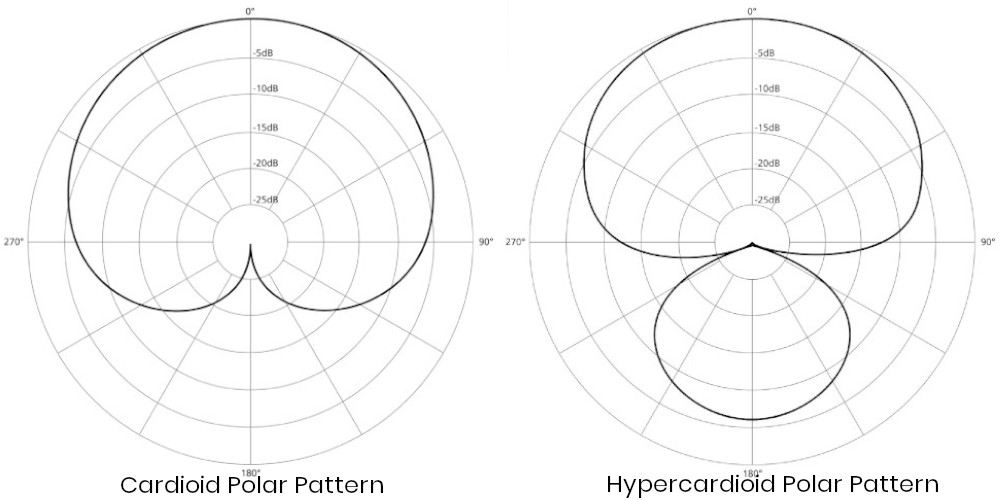 Use Patching to your Advantage

Digital mixing desks not only give us a huge amount of processing options in a small and affordable package, but they also provide huge flexibility via virtual patching (patching a single physical input to multiple mix channels) which is a vastly underrated tool. Virtually patch your vocal mic to multiple mix channels if you have the desk real estate – at least two, and preferably three – and then you can employ the following techniques to get that extra presence in your vocals.

1 – Parallel Compression. This is a venerable technique that was commonly used on analogue equipment, but they had to use a Y-Split cable or mic splitter. Run your vocal into one channel without compression, but use all your usual EQ and FX. Run it into another channel, and insert some aggressive compression on it as well; ratio well over 4:1, fast attack, relatively short release. Mix those two channels together. 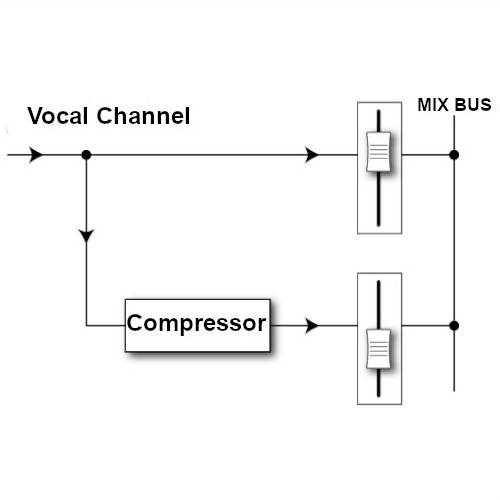 2- Fake Width and Doubling. If you’re mixing to stereo or LCR, patch your vocal into three channels. Pan one hard left, one centre, and one hard right. Use channel input delay (if you have it) to delay the hard left and right by 15 or 20 ms each – make each a different value and adjust to suit. You can also employ parallel compression along with this technique.

EQ- It’s All About Energy

Mixing a performance of anything to a stereo or LCR PA is largely a series of decisions about what to filter out and what to leave in. A simplistic way to put it is ‘figure out what frequency range an instrument is musical in, and cut out everything below or above that’. There are also decisions about what to enhance – the ‘intelligibility’ range of the human voice for example, typically from 1kHz to 4kHz. Ultimately, you’re carving everything up so it sits perfectly together when summed and coming out of the same loudspeaker. Even for the best loudspeaker on the market, the full frequency range, timbre, and amplitude of any kind of music is difficult to reproduce exactly as it was input.

A high-pass filter is an essential tool on a vocal channel EQ. If your mixer doesn’t have one, get another mixer. Most vocals can be EQd perfectly with just a high-pass set between 100-180 Hz and one parametric filter boosting a little around 2 kHz. Individual singers might have lumps and bumps through that range, sound better with an even higher high-pass, or need a cut around 2 kHz, but that’s a good starting point. Remember that EQ is like a gain stage – it’s effectively a set of volume controls that can be set to operate within certain frequency ranges.

If you’ve EQd your vocal and are happy, but it’s still not sitting quite right or cutting through, it’s time to figure out which other sources are crowding it. Most instruments can produce frequencies that are in the human vocal range, and if you’re mixing a contemporary band that has bass, keys, guitars and drums, all of them can, depending on the vocalist.

Listen to the singer and figure out the frequency range where the majority of their power and intelligibility sits. Now listen to the rest of the instruments and figure out which ones are encroaching on it. Take out some of that frequency range from the offending instruments, especially where that range isn’t a core part of their musicality, like bass guitars or some synth parts. 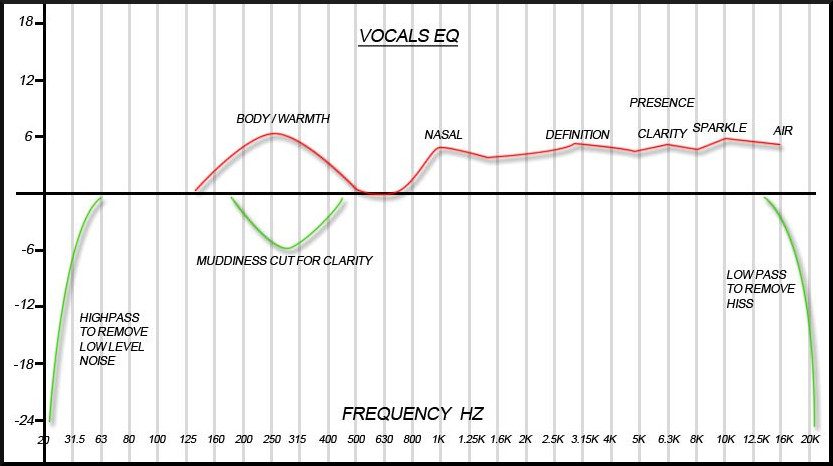 When of the biggest enemies of gain before feedback for vocals is the crossover point of the PA’s mid-high boxes. In most designs, the crossover point from the mid driver to the tweeter sits somewhere between 1 and 2 kHz – right in the important part of the vocal range. Because two drivers are getting some of this range, there can be summing issues, leading to feedback. Be aware of your crossover point and EQ accordingly – boosting or cutting your channel around that frequency could be causing more problems than it’s solving, and you’re probably better off addressing it in the system EQ settings.

Interestingly, loudspeakers that have an excellent reputation for vocal punch and clarity, like Adamson’s S10 line source boxes, crossover an octave or more lower than usual, around the 800 Hz mark, meaning greater gain before feedback, greater phase coherence, and better definition in the vocal range. Considering the human brain has evolved to pay the most attention to that frequency range, it’s a design strategy that’s definitely paying off, and will likely be adopted by more manufacturers in the future.