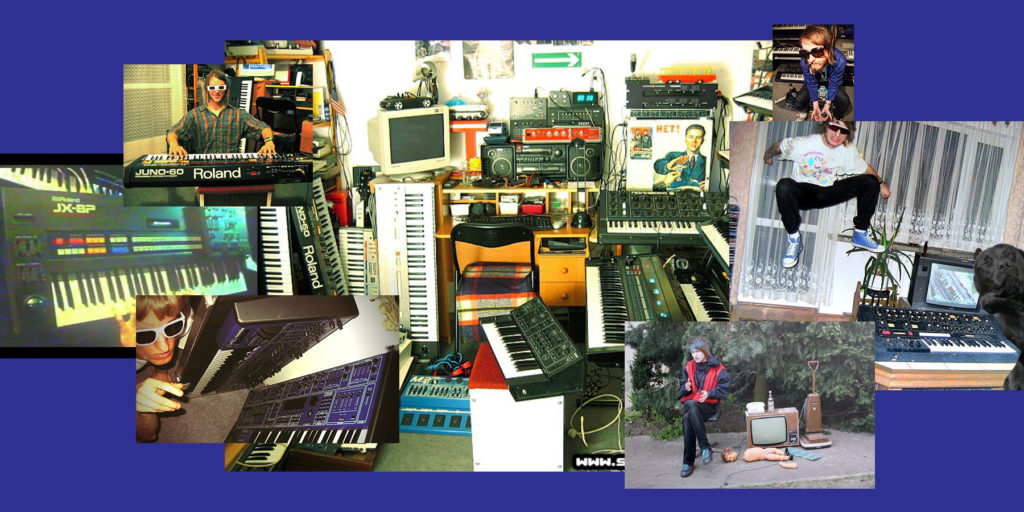 Jexus is (was?) a Polish synthesiser enthusiast and one of the original YouTube synth-guys in that wonderful time before YouTube became monetized and filled with career-tubers encouraging you to “hit subscribe”. He began uploading synth demos back in 2006, synth demos unlike any other synth demos — Jexus’ mission, it seemed, was to push every synthesiser he came across to its absolute limits, and to say the man had a knack for pulling wild sounds out of seemingly innocent products would be a dramatic understatement.  Whether it was an Ensoniq ESQ1, Alesis Ion, Roland JX8P, Waldorf Blofeld of even an old Soviet era Aelita, creativity flowed out of his videos and inspired a generation of synth enthusiasts and potential synth buyers (including me!).

It wasn’t just the synth sounds though, Jexus had his whole aesthetic absolutely nailed down, splicing retro B-grade movie footage in with his sound sorcery, as if he were soundtracking a handful of micro-movies in each video. This trick of setting the mood became as iconic as his synth patches. There’s no voice over explaining anything, just a guy playing a whole heap of incredible sounding patches he’d come up with, recorded via his old VHS camcorder.

Fast forward 7-years to 2013, and Jexus has uploaded over 60 synth demo videos and is as mysterious as ever. No web presence outside of his YouTube channel and website syntezatory.net.pl, and yet message boards like Vintage Synth Explorer, Gear Slutz and even Reddit were filled with references to his videos. It’d be interesting to map the average price of a second-hand model of syntheisiser a few months before and after Jexus released a video exploring that models sonic potential — I suspect he had a direct influence on the market.

But suddenly the videos stopped. The rumour mill of course went into overdrive with theories of his death, but in 2018 someone noticed he’d updated his website – selling all his video equipment. So that fortunately confirmed he was alive and well, but unlikely to be making any more synth demos.

So just who the heck was this guy? And why did his casual hobby of being one of the best synth-programmers and players on the planet suddenly cease — seemingly overnight? Well it looks like we’re set to get some answers. A producer by the name of Noir Et Blanc Vie has managed to get hold of him and is releasing a 2-part documentary – part-1 of which is online now, check it out below.

Not only that, to coincide with this new-found interest, Jexus has uploaded all the synth patches from all his synths over the years and put up for free (or donation) download here. People have been pleading for this for YEARS. What a time to be alive.

Part 2 of the Documentary is out on February 4.