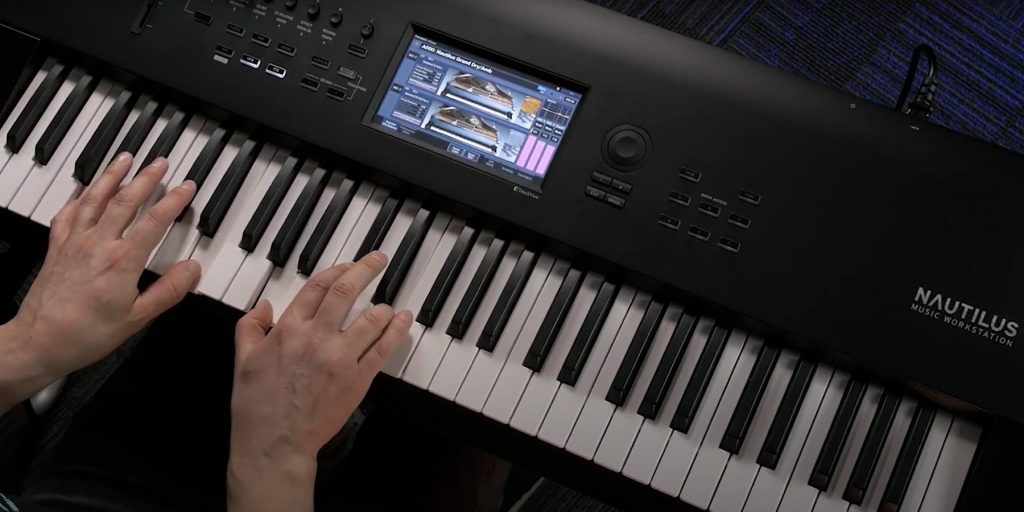 Korg have updated their NAUTILUS workstation to operating system version 1.2 bringing a number of improvements, including compatibility with PCG files created on Korg’s KRONOS workstation.

Nautilus and KRONOS share a lot of DNA in terms of synth engines, file formats and general system architecture, however, they have their share of differences. NAUTILUS was released nearly 10 years after the first generation KRONOS and does away with some features such as KARMA, in favour of programmable arpeggiators and Arpeggiator Scenes. These changes along with differences in factory sample libraries mean that content is not cross-compatible between the two instruments.

This NAUTILUS 1.2 update however takes a big step forward in this regard allowing PCG files created on a KRONOS to be used in NAUTILUS, excluding any KRONOS/NAUTILUS specific functionality. This will of course tremendously aid KRONOS owners who also own NAUTILULS, or those looking to transition from KRONOS to NAUTILUS.

As well as numerous bug fixes, the NAUTILUS 1.2 update also expands the KORG bank in PROGRAM mode from 20 to 40 banks, allowing more programs to be saved and sound libraries to be loaded. The Wave Sequence bank has also been expanded from 15 to 20 banks.