GERYON is a Melbourne-based musician, producer and composer of electronic ‘devcore’ pop. They work across a number of electronic platforms and deliver an intoxicating and unexpected mix of melodies, beats and emotional expression within every performance. We caught up with Geryon to chat with them about their set-up and discover their must-haves for live performance and studio production…

How would you describe the kind of music you make and how does it vary across your different projects?

GERYON is kind of textured sad electronic music with beats…that is song based. My favourite quote about it is “tragic bangers from the heart” which may have been said by Triana Hernandez and may have not, we’re not quite sure. My side project Hyperfocus is more upbeat twisted dance music. It’s driven by the beats and sounds rather than the songs themselves. I either perform instrumental or have guest singers and I use Ableton to perform live so the tracks have the potential to be a lot more chaotic.

When I play as GERYON I run everything out of a little mixer and through a JM4 Line 6 Loop pedal. Out of the mixer I run an Akai MPC 1000, a Novation Bass Station, a Korg Micro X and a little Casio SK-1. I also run my vocals through a TC Helicon VoiceLive Touch. Nothing is synced or quantized, so it can fall apart at any second (and does sometimes), but I like how intuitive it is to play live and using a loop pedal pushes me to find new ways of composing through the limitations of only having one track/one undo option. Me and my limbs do look kind of funny on stage though. It’s basically just an awkward set up that is the product of me slowly acquiring gear over the past dozen or so years haha. 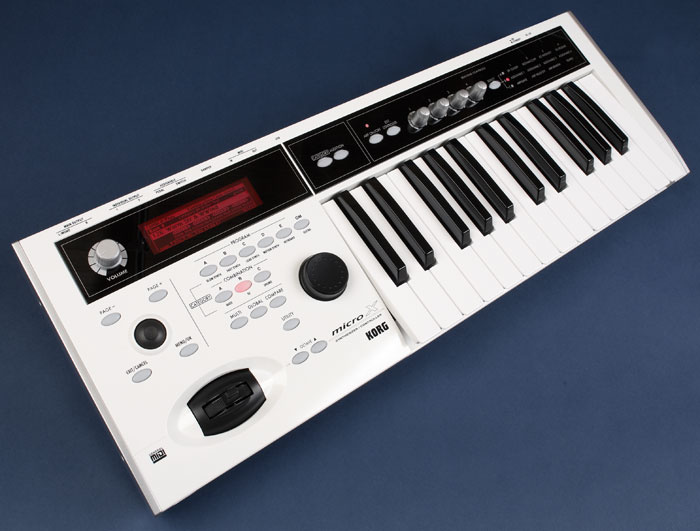 How does your live setup differ to your recorded music?

I see them as two really different mediums, and try to approach the tracks differently. When I record I mostly use Ableton. I let go of the idea of everything having to be loop based, because when people are listening at home they don’t care how to music is made, it’s more about the song itself, the textures and production. I’m more particular about the sounds I use than when I play live. A lot of it is done using soft synths and samples that I’ve both recorded myself or found elsewhere. Some of it is done with hardware, or transferring sounds over to my MPC and recording them through that. I’m currently borrowing a Rode NT2A mic off Geoffrey O’Connor (very generous person!) which has been incredible and changed a lot. 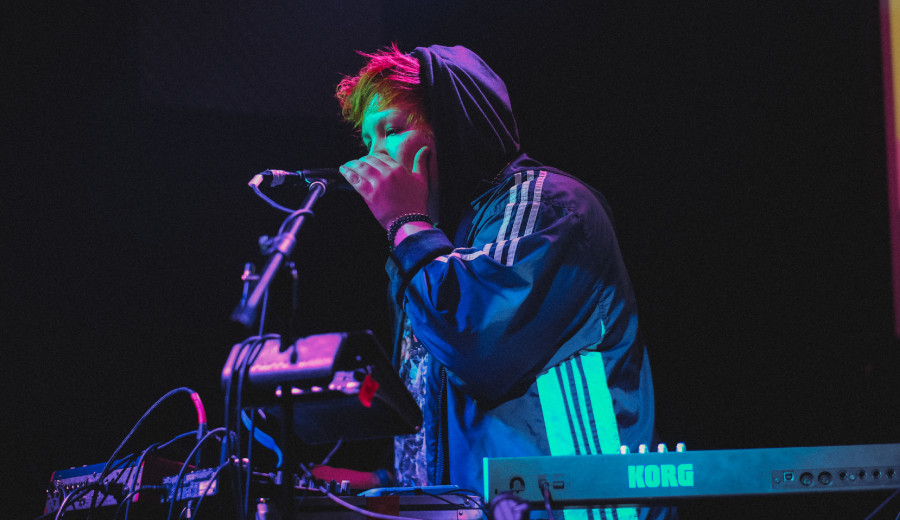 Not really. I think my gear effects how I currently perform live, and I would sound different if I was using different gear or a computer, but I think my sound would work around that. I don’t think it’s attached to any machine or synth, that’s just what I use to explore it. There is soooo much you can do with just a computer (wait is that gear??).

My mum had this old Yamaha Dynamic Guitar that she got for ten bucks at a garage sale in the 70’s. It was a nylon string guitar but she put silk and steel strings on it, which made it almost impossible for a young person to play. I learnt on it until I got RSI lol.

Me and Grey Bouquet are about to release the debut Hyperfocus track and video! Also working on a new GERYON EP to be released next year.

I was in involved in  two MMW shows recently which were great. One playing as GERYON for Salonpop at the Melbourne Recital Centre with SIMONA, June Jones, SaD, DJ Airhorn Mami and Debris Facility, curated by Bequex . And a HYPERFOCUS show with my friend Grey Bouquet as a guest vocalist – as part of a launch for Pool Publications with Ella Thompson, Sam Lawrence, DJ Colette and featuring ‘Maelstrom’ by Melanie Scammell and Jazz Giuliani.