My Gear: Oliver Ackermann [A Place To Bury Strangers] 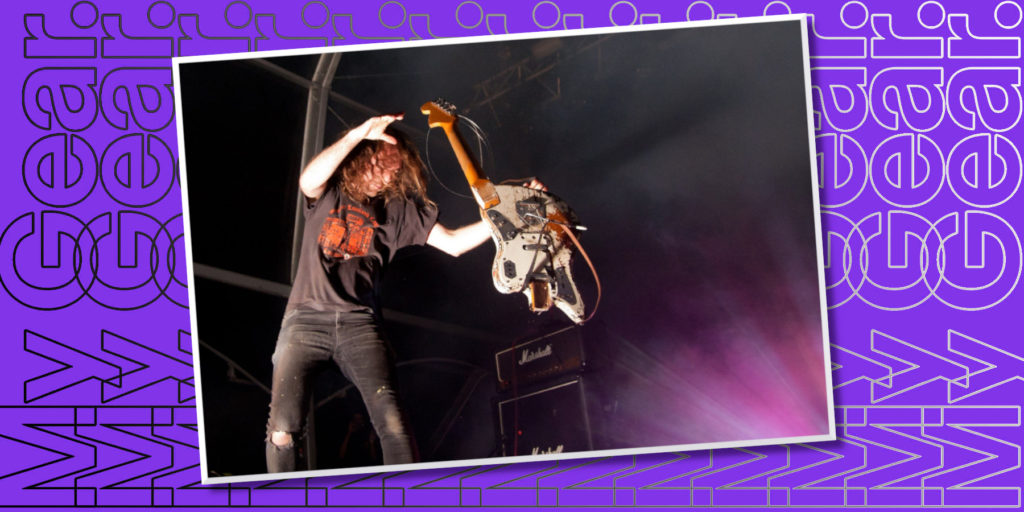 Brooklyn based experimental, psychedelic, noisemakers A Place To Bury Strangers are a band known for their intense live shows. Immersive walls of feedback, strobing mayhem and the silhouettes of guitars caught in mid-air are the norm when it comes to an APTBS gig.

Oliver Ackermann, guitarist/singer/noisemaker of A Place To Bury Strangers (AKA the founder and sonic mastermind behind revered pedal crafters Death By Audio) kindly sat down with Noisegate ahead of their upcoming Australia/New Zealand tour to talk gear, first musical instruments, new live record releases and the importance of following your gut and playing from the heart.

Right now, I use any number of half broken Fender Jaguars glued together and reinforced with bolts, wired with the pickups directly to the jacks, with Ernie Ball strings so the whole thing is almost impossible to break.  That is run into a Boss Tuner into a Death By Audio 140db booster with a foot switchable fullwave rectified octave into this giant dual fuzz pedal the DBA Armageddon into a Wah pedal I made into a DBA Reverberation Machine into this stereo reverb prototype I made into a DBA soundbox/preamp into whatever amplifiers are available. For vocals, I use a Shure SM57 into a DBA Echo Master into the PA.

I don’t really have any favourites. I like to try new things or make something out of anything that is available. We have flown places before and our gear didn’t show up and we had to borrow pedalboards and guitars from other bands and those have been some of my favourite shows. I like something to go wrong. 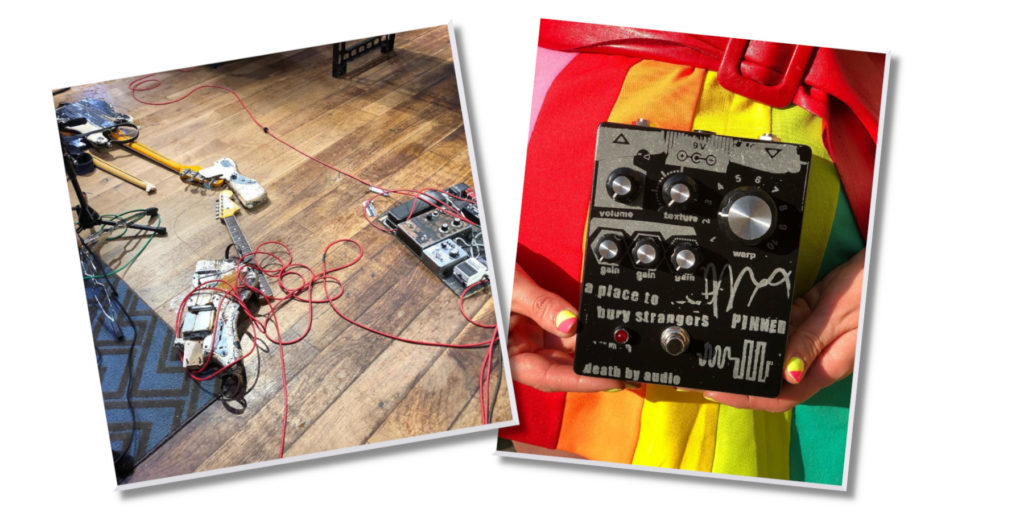 Does your live gear differ from you recorded music/being in the studio?

For sure, in the studio, I will use anything around. I think it’s exciting to get out of your norm and try to interact with something you aren’t accustomed to. Often that leads to results different than what you intended and often the way your body reacts is more natural than something so preconceived and practised. The live gear is designed a bit different and with the options of being a bit more universal with its extreme range. This way the songs can meander in any direction and the sounds can drastically change to match the mood. 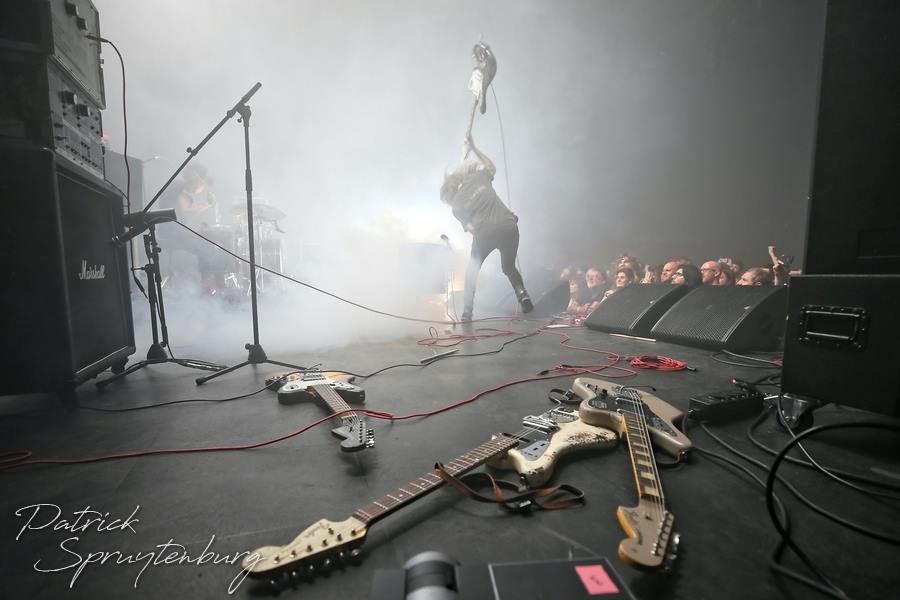 How is your gear integral to your sound?

I think our gear gives us a unique sound but the direction of sound comes from the heart. This is more of an influence than any piece of gear. The gear does play a crucial part and shapes it but if my guitar couldn’t feedback, I would stick the microphone into the PA. Do what excites you and what you want to do.  Every time I followed someone else’s advice that didn’t sit well with me it has come back to haunt me so it’s better to trust your gut. Someone wants you to kill the verb? Hell no! 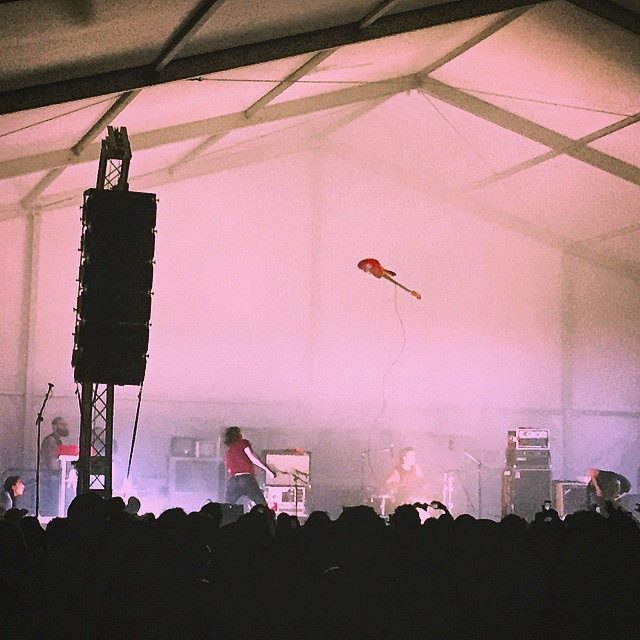 What was the first piece of musical equipment you ever bought (or came into contact with)?

I’m pretty sure it was a piano or an organ. I remember my one Grandmother had a piano and my other had one of those crazy organs with all the switches and a drum machine and everything else. Both totally mystified me. Holding the sustain note on a piano is such a magical feeling. You are hearing something massive vibrate in front of you. And the organ, I had no idea what the hell was going on. All of the synthesised sounds were magical, horns, jazz, I had no idea but the buzzzzzz. 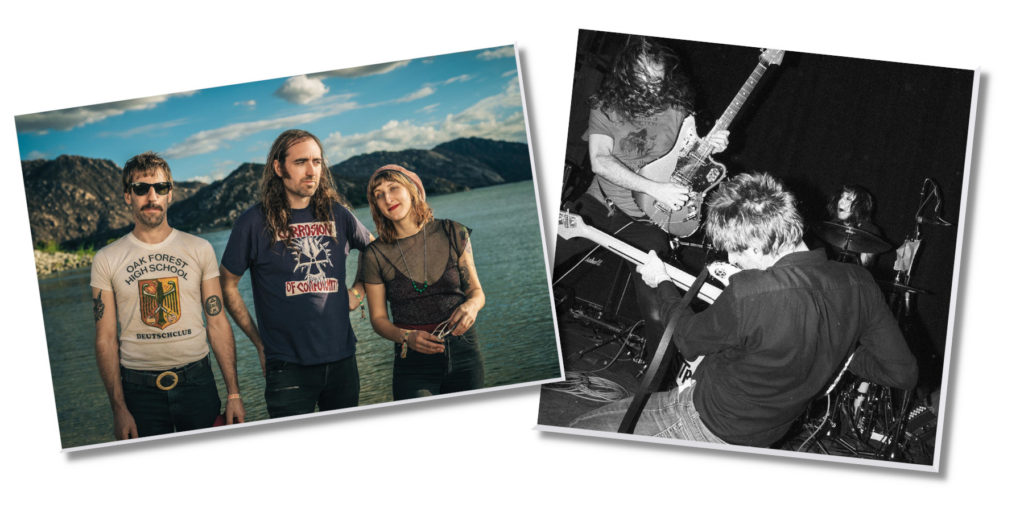 We are heading to Australia and New Zealand on tour in a week. The dates are on the A Place To Bury Strangers Facebook page. We also have a live record that just came out on Fuzz Club Records that was recorded right at the end of a full year of touring so it is action-packed and razor sharp.

A Place To Bury Strangers hit Australian shores Wednesday 27th February playing a string of tour dates across the country (as well as New Zealand) with support from Flyying Colours (Aus only). Ticket links here. 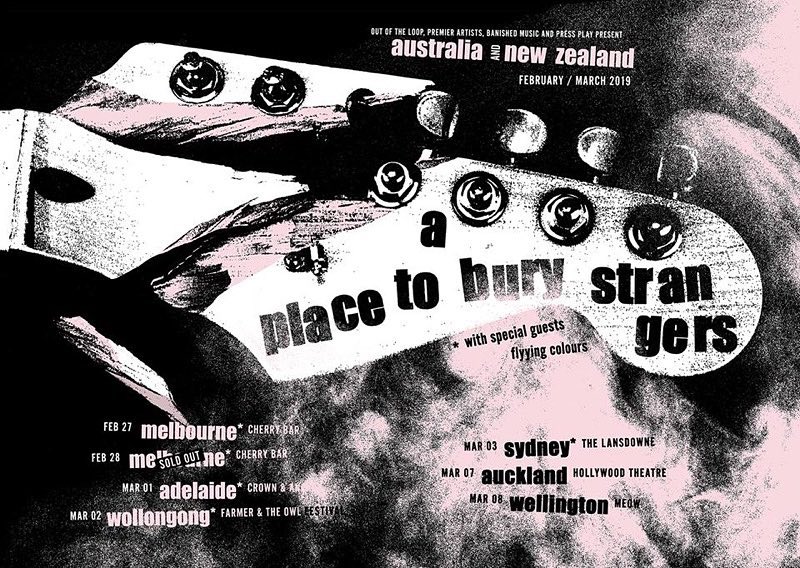 Keep up to date with A Place To Bury Strangers: