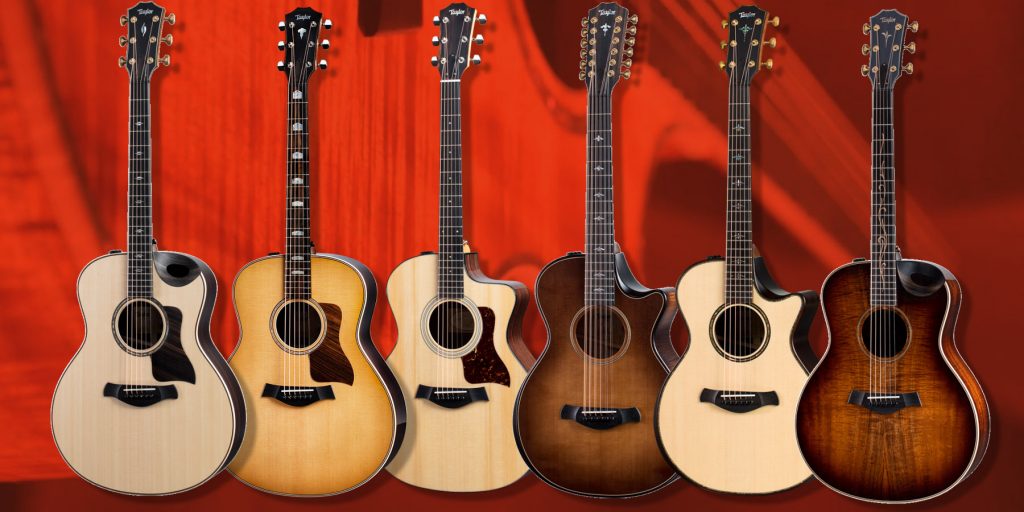 Yes we know we don’t normally highlight acoustic guitars on our website, but the new Taylor 2020 acoustic guitar range is certainly worth a geek at for those who are on the lookout for that special addition to their guitar arsenal. Included in the new range are four new Builder’s Edition models, new tonewood and aesthetic choices in their layered-wood line and the welcome return of their acclaimed Grand Symphony body form.

Here’s a glimpse of some of the new guitars as described by Taylor.

Following the release of their Builder’s Edition guitars, which included a K14ce with a torrefied spruce top cap, V-Class bracing and a host of other design improvements, they have extended the Builder’s Edition range with four new models.

Firstly there is the 816ce, which is also a launchpad for the revamped body shape of the Grand Symphony. Built with solid Indian rosewood back and sides with a Lutz spruce top, this 816ce also features an innovative new cutaway soundport that adds a second soundhole to the guitar, providing a more high-fidelity, engaging musical experience.

A 12-string is added to the collection too! The Builder’s Edition 652ce features solid rounded maple back and sides, a torrefied spruce top, and under the hood bracing of the V-Class. A bevelled armrest and cutaway denote the playing comfort on the lightweight Grand Concert body, while a reverse-string setting emphasises the fundamental note for a fuller, meatier 12-string sound.

In addition to the Builder’s Edition 816ce, the brand-new K26ce model features solid Hawaiian koa back, sides, finished in a dark edgeburst that shows the natural character of the wood. All of the new Grand Symphony models include the soundport cutaway, which leverages the body’s large lung capacity to create rich, surround-sound response.

Big-bodied guitar fans will rejoice at the Grand Orchestra’s reintroduction, their largest body type. Fashioned after the typical jumbo design, these new guitars feature V-Class bracing that retains the big body’s strength and volume. Model options include 818e rosewood/spruce, and 618e maple/spruce. All models feature a new mother-of-pearl and ivoroid inlay design on the Mission fretboard, and both are decorated with a new colour treatment called Antique Blonde (top only for the 818e). All Grand Orchestra guitars are made to a more conventional look without a cutaway.

For the budget-conscious Taylor have rolled out a handful of new models within their layered-wood lineup, with the 200 Plus Series. These models, which include a Dreadnought 210ce Plus and a Grand Auditorium 214ce Plus. Included are many of the features you would expect from a quality Taylor guitar, including coated Indian rosewood back and sides and Sitka spruce tops. They also incorporated subtle black body binding, a gloss finish, and nickel tuners.

For more info on all the models, visit the Taylor Website: