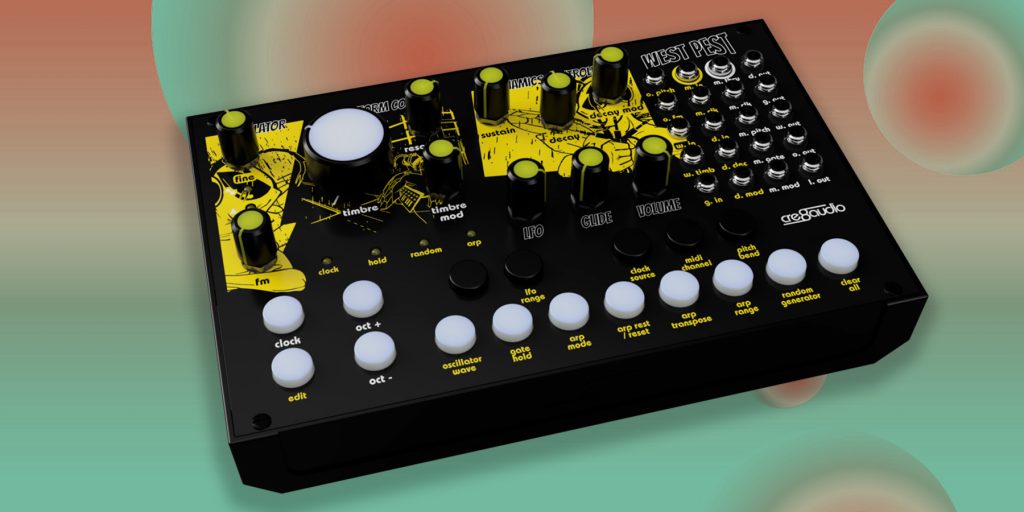 West Pest consists of 8 modules with flexible routing options via the 18-point patch bay, but being semi-modular, doesn’t require any patching in order to operate. The unit functions as a stand-alone module with CV and MIDI control, but can also be removed from its case for use as a 40HP eurorack module.

West Pest is available for pre-order now with an estimated street price of $249.99 USD, and should be shipping soon.