Native Instruments Expansion Packs – Are They Worth It?

When it comes to music production, Native Instruments are one of the industry leaders with their extensive catalogue of hardware and software products offering creative and inspiring ways of producing music. You might be familiar with their Komplete software which is an enormous library of virtual instruments, but what about their expansions packs? What are they and are they a worthwhile investment?

Not just a Sample Pack

In a nut shell, Expansions are genre-specific packs of sounds and samples that integrate with many Native Instruments products and DAWs. Over time NI have worked alongside many influential producers and musicians, creating many packs that cater to a wide variety of musicians and producers, and collectively, they cover an incredibly broad range of music styles. You can find everything from funk, techno, hiphop and RnB to more niche sounds, like experimental cinematic soundscapes.

Expansions consist of more than just samples and one-shots. Each pack includes presets for NI synths, like Massive, Monark and Prism, plus ready-made “construction kits”, which are rhythmic and melodic loops designed to match the packs genre that can be can easily dropped into your DAWs timeline or clips in Ableton. They also include exclusive features for Maschine – NI’s beatmaker hardware and software bundle – which include pre-made drums and melody patterns plus custom effects chains and other and other useful macro controls.

Expansion packs are purchased and downloaded individually on the Native Instruments website, however with their latest version of Komplete 12, launching last year NI have included many of the most popular Expansions bundled up with the 4 version of Komplete that currently exist. 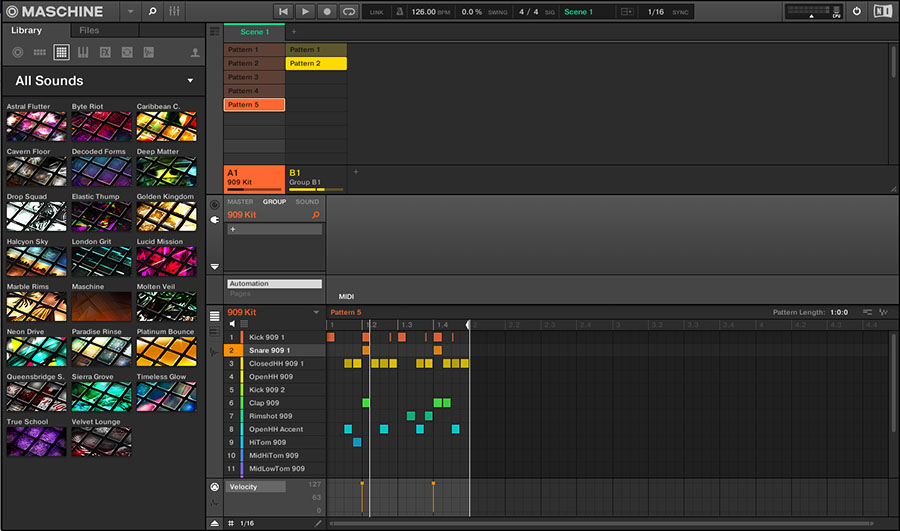 Music-makers who begin their journey into the world of music production using software, will probably all experience a few hurdles at the start. The first is likely, “what do I need to make music?” Often followed by “how does all this stuff work?” Both of which will often lead people down a rabbit hole of online blogs and forums — inevitably leaving many people confused because old mate forum guy reckons you need this rare $5k gadget to even THINK about making music. Assuming people get through that frustration, the next step is to finally start making the music.

Inspiration is the core driver of what makes Expansions an ideal place to start based on the style of music that takes your interests. Beat making and drum programming can be an arduous task for new comers, and takes time to perfect from scratch — especially beats with a lot of dynamics and groove, which makes construction kits particularly useful. The kits are all separated into individual parts, meaning kicks, snare and percussion parts are all separated and you can mix and match with all other kits to get a vibe that you like. Each kit also features melodic loops, which can be great to use as the building block of your tune or as a new layer over another melodical phrase. All the loops in these kits are tagged with BPM and key information, useful for if you wish to warp and chop them up.

Making your own sounds

Genre-specific synth plugin presets are incredibly handy if you’re more looking to get on with writing melodies than muck about with synth settings for hours. They offer flexible ways of being creative whilenot being limited to audio loops. There’s also the option to use those presets more as a user-friendly starting point, tweaking the presets to your liking will give you a more personalised sound.

It should be said that even though these Expansions feature all the elements to produce an entire track, their real benefit is on workflow, creativity and inspiration. In many instances, I find that an idea for a full track can come from just one sound that I can pick out and build on, or maybe I have the bones of a track already in the works, but I know it needs something more to really make it pop.

In my own music production experience, I’ve found that I have jumped around from making music across different platforms. Sometimes I will make entire tracks using Maschine as I love the flexibility of the hardware for sampling, and its quick workflow for laying down drum patterns. However there will inevitably be a point where I want to incorporate my DAW to arrange the track, so it’s handy to know that due to their cross-platform support I can take my Expansions sounds with me, making them powerful no matter where it is I make music.

Native Instruments currently have a promo on in which you can get FREE expansion packs with any Maschine purchase (until May 1, 2019), grab the deets and find your local authorised Australian NI dealer here

Here’s a nice demo of YouTube user DDS825 putting together a beat on Maschine with just the Opaline Drift expansion.