Native Instruments have announced that they will be releasing the new Traktor DJ 2 app designed for PC Mac Desktop plus IOS. Traktor DJ 2 is the IOS app equivalent of NI’s acclaimed Traktor Pro DJ software and is designed to offer simplified functionality directly from your smart device.

This is the official follow up to Traktor DJ released back in 2013 which allowed users to mix directly from their IOS devices, however, the biggest drawcard was its integration using the Traktor Kontrol S2Mk2 as a controller. When NI released the S2 MK3 last year, it featured an IOS USB port on the back but did not provide much information about its feature set or release date until now.

From screenshots of the GUI, we can see 2 decks with waveforms located at the top of the screen. Next to each deck are 8 performance cells which obviously look set to hold cue points, loop points and sample triggers and can be controlled by the S2MK3. Smart track recommendations are also featured and were a prominent feature that the original Traktor DJ app had – being able to recommend tracks using metadata based on the playing track. 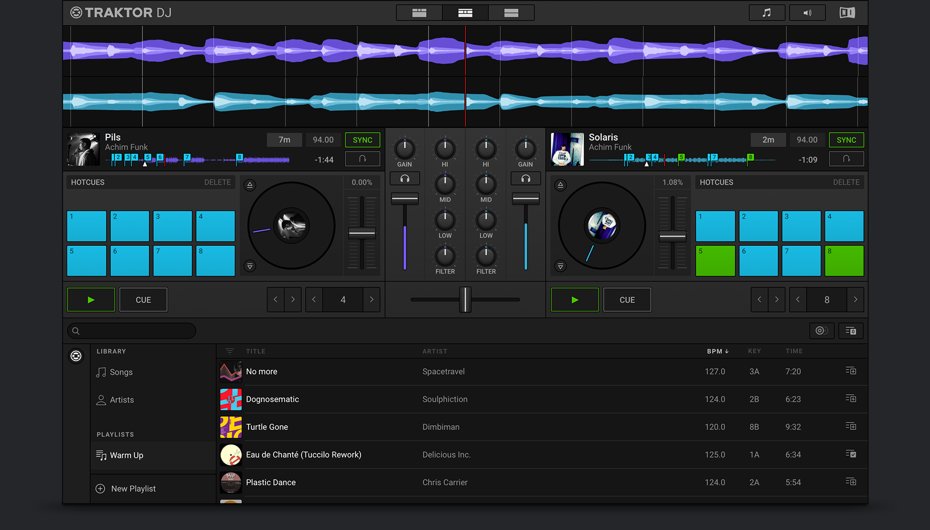 Due to the new code base of the app allowing for cross-platform support, Traktor DJ 2 now supports Soundcloud GO+ integration, meaning if you have a subscription you will be able to stream content directly in TD2, something that we are still waiting for in Traktor Pro 3. Native Instruments have also said that any purchases of their S2MK3 controller will receive the app free.