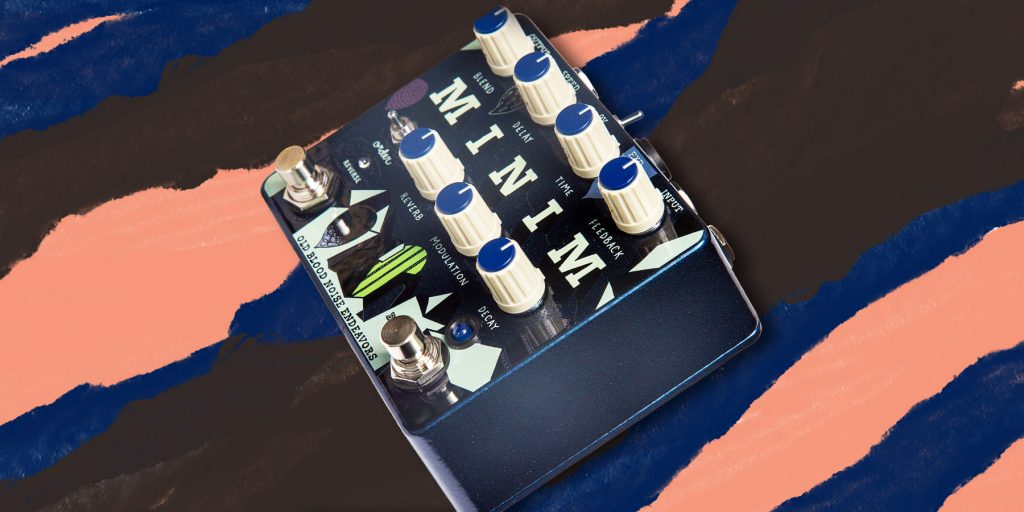 Old Blood Noise Endeavors have released another guitar pedal that’s sure to excite the ambient and shoegaze players out there. Dubbed the Minim, it combines a separate reverse circuit and a delay/reverb circuit . That might not sound too crazy on the surface, but there’s a few neat additions here that make this pedal stand out.

Firstly, the reverse circuit has a blend circuit, which can be controlled via the expression input.  Then there’s the Order switch, which enables you to have the reverse circuit at the beginning or the end of the chain. Having a reverse on the end of the chain provides opportunity for all sorts of glitchy fun. The delay circuit is a modulated delay, meaning it can achieve tremolo sounds as well — or if you turn the delay time right down, you’ll get a lush chorus effect.

The Minim comes after their limited run of collaborative pedals with the Datachoir collective called Rêver that were released near the beginning of 2019 — Minim is almost identical to the Rêver, but features a re-voiced Reverb and Delay. Or as they put it “We like to think that the Rêver was its own chapter and the Minim is a long lost sibling in the same universe.”