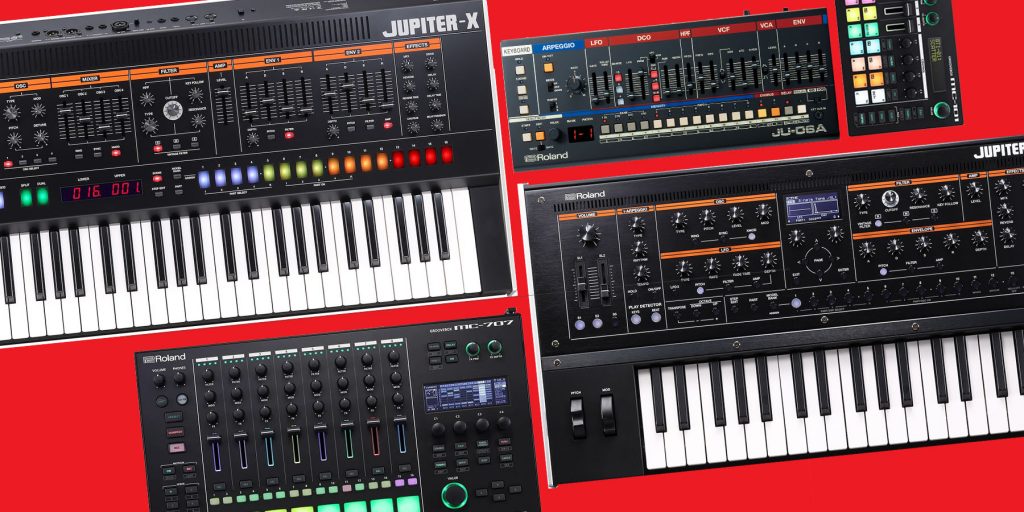 That’s right, Roland’s Groovebox line is back! The first ‘MC’ products since the mammoth MC-909 finished production in 2006. These units died out when creative computer based DAWs like Ableton and Reason became the most exciting way to write electronic music, but as we’ve seen, a desire among users for tactile hands-on control over electronic instruments has reinvigorated the market in recent years. The smaller 101 features 4 tracks, velocity sensitive pads and four sliders, while the bigger 707 features 8 tracks, pads, TR style sequencing, a heap of knobs AND sliders – there’s hands-on control for days here! Each track can be a designated Drum track with 16 drum sounds, a Tone track with a 64 voice synth engine or an Audio track, with up to 6 minutes of sampling for each project. Tons of power here. 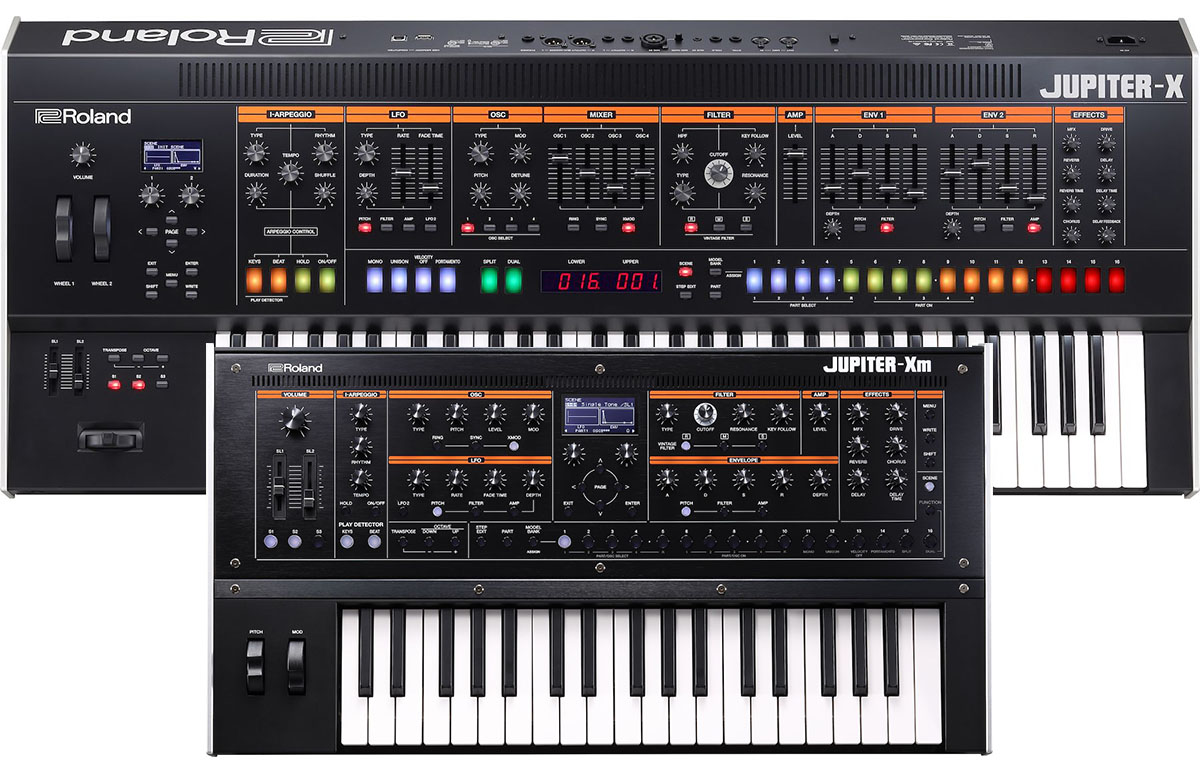 Much to the dismay of analogue synth enthusiasts, Roland has not shied away from using the Jupiter name on products that are..not very Jupiter-ish in the past. But, although these newbies aren’t analogue synths, they’re certainly powerful digital synths that promise to feature accurate emulations of classic ’80s Roland sounds – and they’re pretty damn handsome to boot. With the success of Roland’s Boutique series of mini synth modules based on their legacy products, and the popularity of the Roland Cloud platform of software synths, its safe to say Roland are experts at recreating analogue-style sounds digitally. The Jupiters are 5 part multi-timbral with up to 256 voices of polyphony (wowzers), with one track dedicated to drums (Roland’s classic drum machine sounds are all available too). The 2 models are identical in capabilities, but differ in size and hands-on control – the X being a full size 61-key beast, the Xm a 37-mini-key portable unit.

It seemed like, of all the limited edition Boutique units Roland released, the Juno 106 based JU-06 was the most popular – and for good reason, the Juno 106 was a simple and fantastic sounding no-frills synthesiser for everybody. So it makes sense that Roland have brought it back, this time with a few extras and no ‘limited edition’ liner notes. The JU-06A has the Juno 106 sounds as before, but now also has an option to use the Juno 60 sound, which slightly differed to the 106 because it used voltage controlled oscillators, not digitally controlled (this tonal difference is the subject of many heated forum threads, I’m sure you can imagine). The 60 also featured an arpeggiator, which has replaced the touch strips on the new unit.