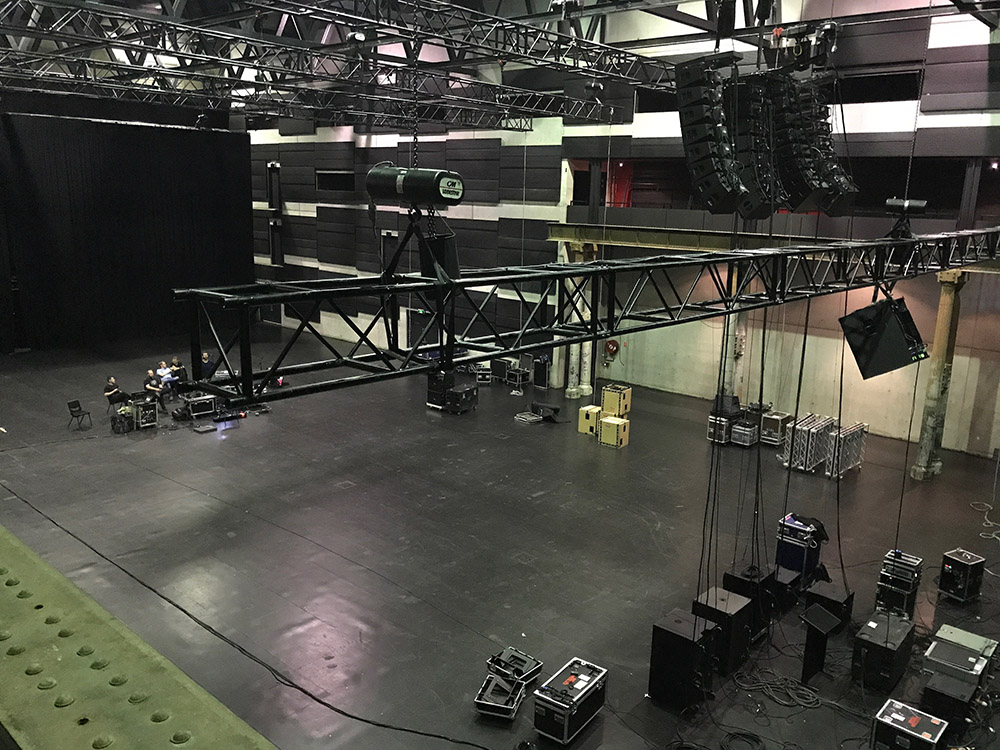 The shoot-out was conducted in Bay 17 of Sydney’s Carriageworks, a regular workplace for Scene Change and a challenging acoustic environment. Each PA was represented by its Australian distributor, with technical experts on-hand to show Scene Change staff how to prep, configure, rig and tune their systems. Adamson were represented by their APAC Sales Manager James Ritter and distributor CMI’s Pro Audio Sales Manager Garry Farmer, with Eighth Day Sound’s Simon Farrell bringing in and setting up the S10 rig. Hillsong Church’s Audio and Infrastructure Director Ricki Cook was also in attendance, allowing Scene Change to ask questions of an existing and impartial Adamson customer.

“I was keen to hear Adamson compared to the other systems,” said Ricki. “While I consider Adamson the underdog against three of the world’s leading brands , I have to say it ate the other PAs alive. After critical listening, the Scene Change staff asked me questions about Hillsong’s history with Adamson, why we chose it, and why it always won our shootouts. I told them all the reasons, including all the tiny details we can hear in the PA compared to its competitors. And the pattern control is second to none – it can control low end like nothing else and the HF is like a laser beam.”

“The shootout process was a critical component of our purchasing decision,” said John Dinh, Director at Scene Change. “Being able to have all four of the PA options we were looking at in the same room at the same time was amazing. I wanted my staff to set up each of the PAs with their representatives so that they could experience the rigging, cabling, tuning and tweaking of each of the systems. We thank the other brands for allowing us to listen to and play with their systems.”

In assessing the contenders, Scene Change had done rigorous comparisons and preparation before the shootout. On the day, they focussed on four major characteristics of each system. “For us, it was rigging, weight, tonal quality and coverage, and ease of system configuration,” explained John. “The Adamson system is simple, clear and so, so easy; plot the system in Adamson’s Blueprint software, take your angles, preset pins on the boxes, and then fly the thing out. So simple! And wow, that low-mid and bottom end! It’s a nicely balanced tone that holds together very well at extreme volumes – it’s very pleasant on the ears. And the HF directivity is absolutely phenomenal. Dante connectivity straight in to Lake processing on the Lab.gruppen amps is another great thing for us, as we can mount the amps in our Yamaha CL mixing consoles and patch straight from there.”