Tascam DR-70D: How We Use it in Video Productions 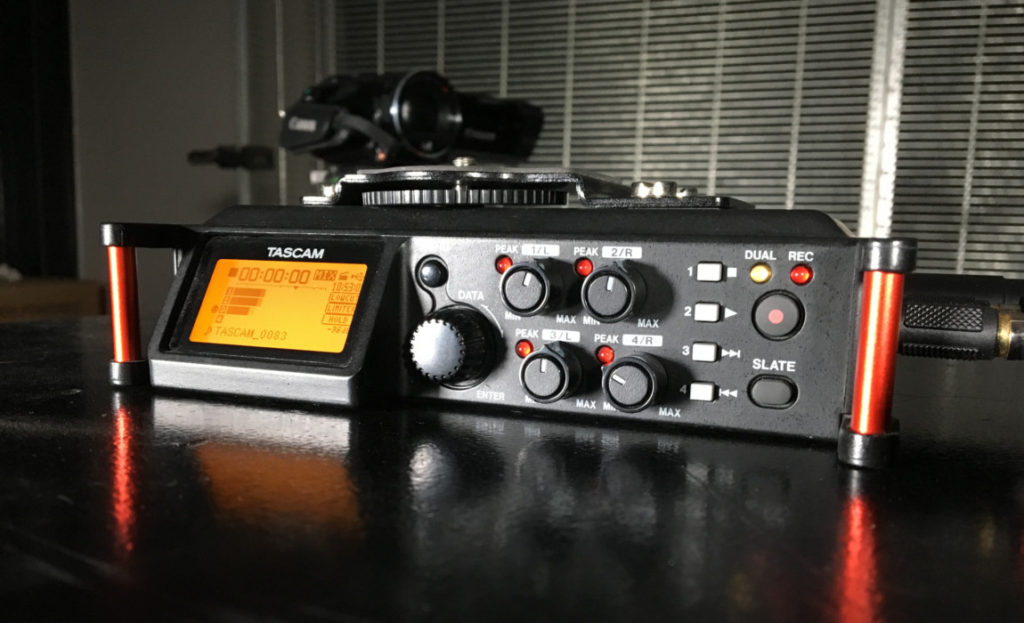 We produce numerous videos for Noisegate and while there are many audio recorders to use for video productions, and many options to choose from, we primarily use the Tascam DR-70D Digital Recorder. We thought you would be interested to know how and why, so we are here to share our process and opinion on the unit. We tend to use it a little different than one would expect so we will give you some insight on the unit itself and then take you through the process of how we use it.

First and foremost, the design of the Tascam DR-70D is excellent. It’s compact, and the design makes it easy to mount directly to your camera, or neatly slide into an audio bag. However, the main reason why we use the DR-70D, is that it can record up to four individual tracks (it has four XLR combo inputs) and we record these as 2 x Individual Stereo files (to be explained further)..

The physical build quality of the DR-70D is impressive, considering it’s constructed from lightweight materials, you can still feel the quality. The knobs and buttons seem nicely built. The screen is a decent size, illuminated, and readable. All four of its combo XLR inputs have metal locks (which secure the attached cable to keep it from slipping out). Physically, there’s anything not to like, but the door on the back of the unit that conceals the battery compartment and SD card slot opening method takes a little getting used to. 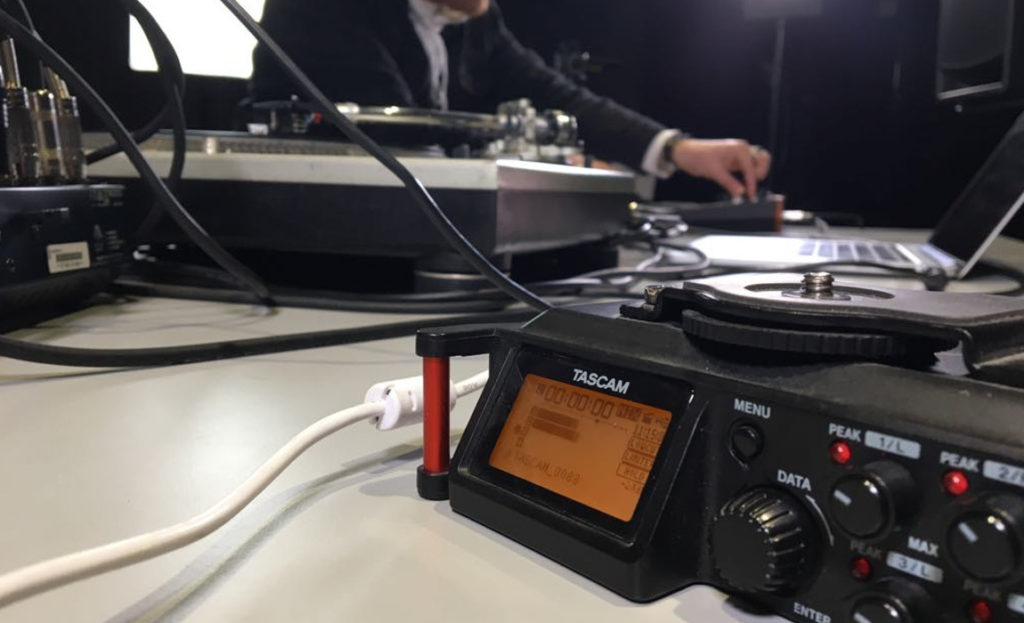 The Ability to Record WAV Files

The Tascam DR-70D lets you set it to record in a number of different file types, resolutions, and bit-depths. We always set the recorder to record 48kHz 24-bit WAV files. That kind of file sounds great, and it works well with Final Cut Pro video editing software.

The slate functionality on the DR-70D is pretty nice. A slate is a tone. It’s a BEEEEEEEEP sound. When we’re recording, we press the slate button on the face of the DR-70D, and it will record a loud BEEEEEEP.

This is useful because it creates an audible and a visual marker in the audio tracks of the recorder. When we bring the footage into post, we can clearly see these BEEEEEEEP sounds in the audio files, instead of the usual wavy, spiky audio files, you will see an obvious square block where the BEEEEEEPs happen. 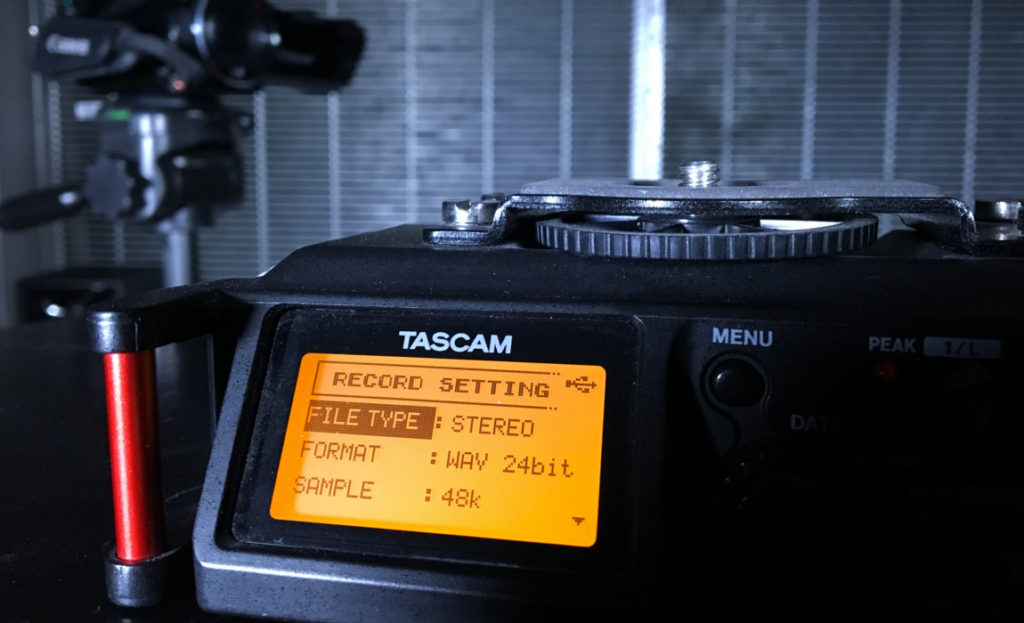 The DR-70D can be set to record MONO, STEREO, or 2MIX and here is the main reason we use this unit is that we record in STEREO as it can then record two separate stereo tracks. So when recording a video where we use a stereo audio signal to record, let’s say from a synthesiser or a mixer, we can record this signal directly as one stereo file through inputs 1 & 2. Input 3 we use for the lapel microphone (with phantom power on) so that the demonstrator can do their monologue while actually performing the demonstration. This helps keep the feel of the video production live and not so structured as when doing monologue overdubs. 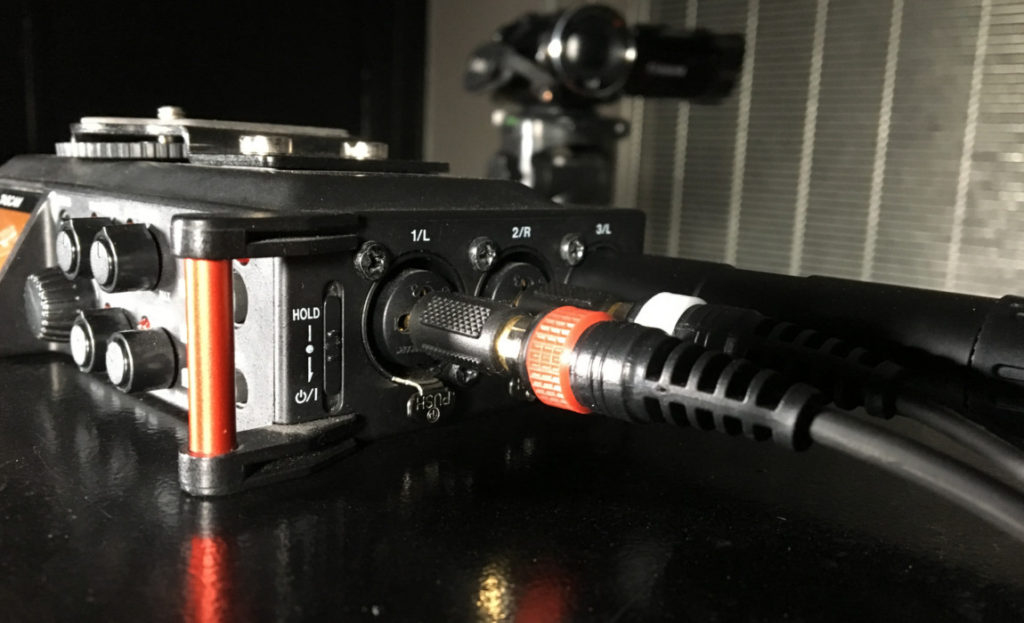