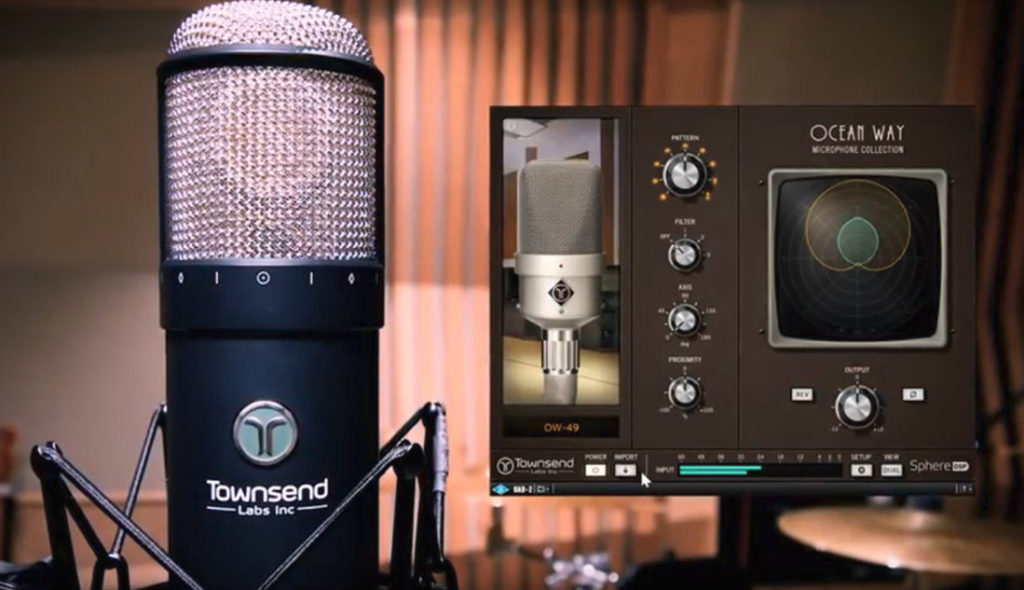 Townsend Labs have released the Ocean Way Microphone Collection plug-in, exclusively for UAD hardware and Apollo interfaces, which expands the capabilities of the Townsend Labs Sphere L22 microphone system with faithful emulations of the 12 “best of the best” vintage mics from Allen Sides’ world-renowned mic locker at Ocean Way Studios.

A natural addition to the Townsend Labs Sphere L22 Microphone, the plug-in is available from the UAD plug-in store and runs with near-zero latency performance when used with a Universal Audio Apollo recording interface. The Ocean Way Mic Collection plug-in is included in the UAD v9.4 release which can be downloaded from Universal Audio’s website.

This legendary collection has been used by countless A-list artists, including Paul McCartney, Frank Sinatra, Beck, Stevie Wonder, Radiohead, Alanis Morissette, Eric Clapton and Neil Diamond. Every model in the plug-in is based on what multi-Grammy winning producer and engineer Allen Sides has chosen as the very best representations of classic mics from Neumann,™ Sony,™ RCA,™ AKG,™ and more.

The plug-in is the result of two years of collaborative development between Allen Sides and Townsend Labs. Chris Townsend, founder of Townsend Labs, states:

We are honored that Allen chose Townsend Labs to capture the sound of his vintage microphones. Having access to a microphone collection of this caliber, which Allen built up over decades, is a dream come true for me. And maybe just as important, Allen’s ear has been invaluable in helping us refine the models to best capture the essence of these classic mics.