10 Things You May Not Know About the Arturia MatrixBrute The Arturia MatrixBrute has been out for a little while now, but it remains one of the best deals available for serious synth enthusiasts. If you’re just buying your first synth there are certainly more affordable and beginner friendly options out there, but if you consider yourself more of a connoisseur and want something with seemingly endless sound design possibilities, the MatrixBrute is definitely worth a look.

Here’s ten things you may not know about it:

1. The Presets are Categorized 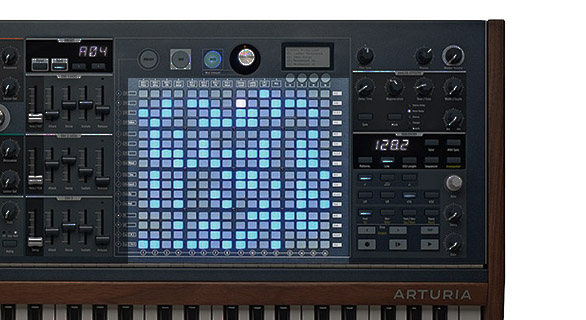 You’re probably aware that the matrix of buttons can be used for modulation routing. You might also know that the same matrix of buttons can also be used to access presets after pressing the preset button so that each button in the Matrix is a different preset. What you may not be aware of is that these presets aren’t just scattered into random locations, they’re organized into categories.

Although the MatrixBrute is technically a monophonic synth, there is a voice mode called Paraphonic which allows us to play the three oscillators individually for three notes of polyphony. While they will often all share the same filter, we have two filters at our disposal and enough envelopes to articulate them individually. We can easily set up a patch that has oscillator 1 going through filter number 1 being controlled by envelope 1. And oscillator 2 going through filter number 2 controlled by envelope 3.

This type of patch goes beyond the usual definition of paraphonic and Marc Doty has dubbed this kind of flexibility ‘variophonic’. I’ll let you check out his video for more info but let it be known that the MatrixBrute indeed transcends the world of paraphonic.

3. It Has a Sneaky Hidden Amp

You might be wondering how this is possible if all notes share the same amplifier. But engaging Duo-Split mode activates a hidden second amplifier used for the sound on the left which is controlled by the third envelope. So the MatrixBrute really has two filters, and two amps! 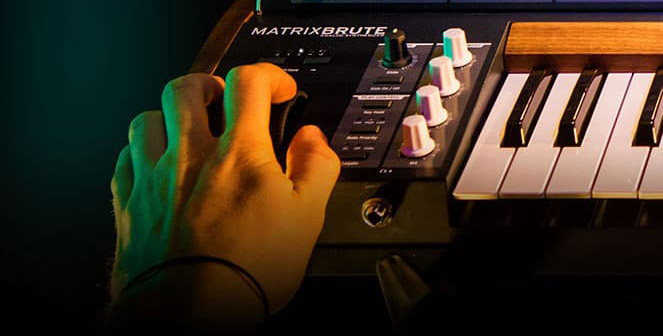 The MatrixBrute has 16 modulation sources and 16 destinations. 12 of the destinations are chosen for you, but we can easily add four more of our choosing just by holding one of the four empty destination buttons and turning the knob we want to modulate. Things are a little different when it comes to modulation sources. All 16 are already chosen for us, however, the last four are labelled M1 through M4 which refers to these four macro knobs next to the keyboard.

These are really useful because they’re right next to the pitch and mod wheel and can each control up to 16 simultaneous destinations with independent modulation depth per assignment. And if you are playing around with the factory presets make sure you try out the macro knobs because they’re usually mapped to something interesting that makes a preset really come to life.

Although the MatrixBrute’s angled design may be reminiscent of a famous fixed architecture synth, the matrix patch bay with assignable destinations makes it one of the most flexible semi-modular synths ever made, and that flexibility extends beyond internal routings.

All of the 12 modulation sources also appear on the back panel as control voltage ins and outs. This is great if you own modular hardware like a eurorack system, or if you own an audio interface with DC coupled outs like a UA Apollo or the brand new NI Komplete Audio 6 MKII. Once you start integrating software like VCV Rack or Ableton’s CV tools with the MatrixBrute via CV, it opens up a whole new world of possibilities. Make sure you check out our articles on DC Coupling and VCV Rack on our website for more info.

It’s not uncommon for a synth to have an LFO which breaks the 20hz threshold into an audio rate for more extreme modulation possibilities, but this is usually a secondary function of a regular LFO or even just a regular oscillator. Here on the MatrixBrute however we have an entire bank of controls dedicated to audio rate modulation.

7. Even the Reverb is Analogue

The MatrixBrute has an analogue effects processor with five variations, all of which are based on a delay effect. As well as various delay modes, we also have chorus and flange which is achieved by modulating a short delay time using a dedicated LFO. At the end, there is an analogue reverb, a fairly uncommon feature. The Buchla Easel is known for having a spring reverb tank but what we have here is quite different. It’s actually just a lot of very short delays, which when you think about it is how reverb functions in reality, so we can get some really interesting results using this feature. In addition to the range of timbres possible using the brute oscillator controls, we can also introduce a sub-oscillator which can morph between two waveforms. Waveform one is a sine wave and waveform two looks like a square wave, but on closer inspection, this is actually a clipped sine wave. So you can easily find a midpoint that maintains that subby quality we associate with sine waves but also adding a bit of extra bite.

The third function of the matrix as we can see from the three buttons is, of course, the sequencer. But a function added to the MatrixBrute after its release allows you to use the sequencer to program the arpeggiator. This is sort of like a mix between an arpeggiator and a sequencer so we access it by pressing the arpeggiator button and the sequencer buttons together. We can even transpose steps up or down in semi-tones using the transport buttons. And of course, we can still use the rest of the arpeggiator controls to further modify the playback behaviour. 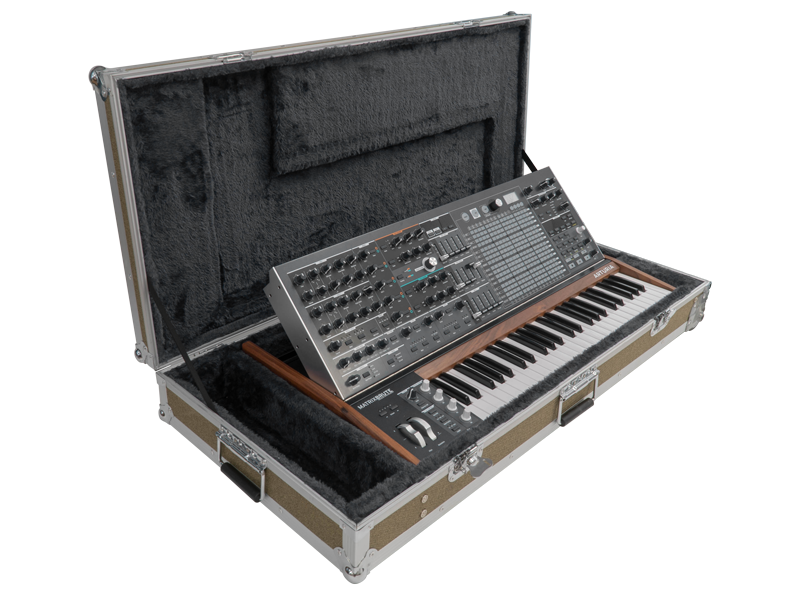 There’s a case! That’s pretty much it. Arturia make a very tough hard case specifically for the MatrixBrute, and it’s really really nice with its tweed finish, and it says MatrixBrute on the front.

And wouldn’t you know it, the case currently comes free with MatrixBrute purchases made in Australia via authorised Arturia dealers, so it’s a great time to re-look at the MatrixBrute.