Bow Down to the Matriarch, Moog’s New Semi-Modular Paraphonic Synth 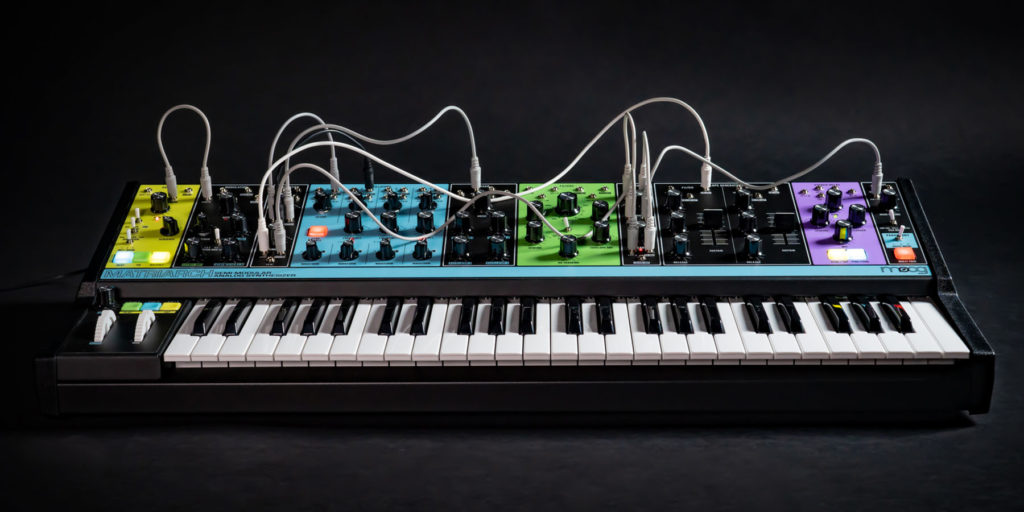 In the lead-up to both the Superbooth 2019 Trade Show and Moogfest 2019, Moog have taken their new product line to the next level with announcement of their new Matriarch synth — a patchable 4-note paraphonic analog synth with a sequencer, stereo analog delay and stereo filters.

Stylised in a similar colourful housing as 2018’s Grandmother synth, the Matriarch sees Moog truly expand on the semi-modular keyboard-equipped synth concept, encapsulating a purity of synthesis that encourages experimentation through interaction and experience. The feature set is an unusual one for Moog; 4 oscillators, paraphony and stereo FX takes them into uncharted waters — particularly for a company who, historically, has had a tendency to rely on ‘that Moog sound’  to sell units rather than stand-out features. No doubt these attributes will help the Matriarch stand out in an increasingly crowded marketplace, particular for more advanced users looking for something different in an analogue synth.

Specs and demo below, get all the info via Moog here