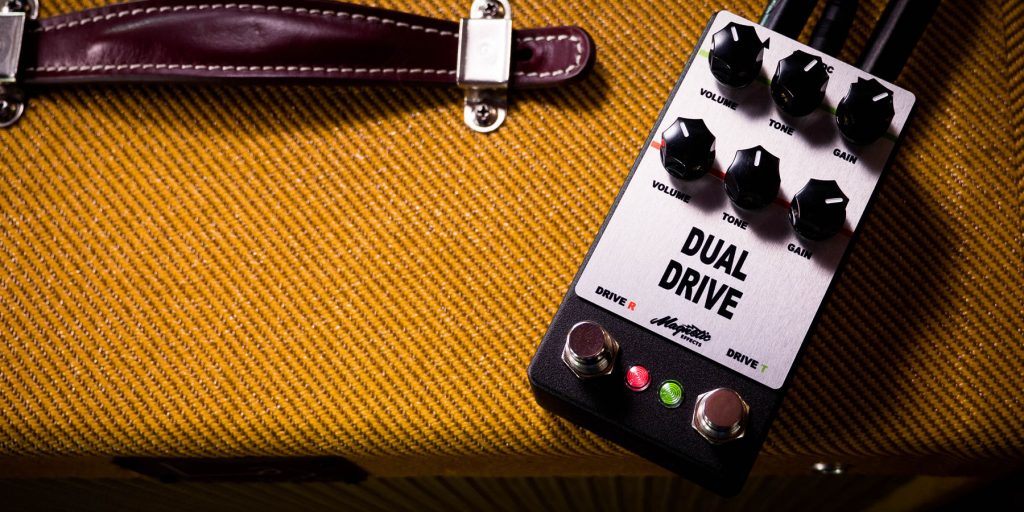 If your pedalboard is struggling for real estate yet you still want to access the classic drive tones of the Ibanez/Maxon Tubescreamer and the ProCo RAT, then the new Magnetic Effects “Limited Edition” Dual Drive boutique pedal may be just what you are looking for.

The Dual Drive incorporates a Tubescreamer style overdrive and a Rat distortion/overdrive pedal into one, where each effect can be used independently, or both can be used at the same time.

According to Magnetic Effects, the Rat side is straight-up distortion/drive with a couple of mods. Clipping has been changed to asymmetrical clipping for more even-order harmonics and a touch less compression. The Tone control works in the conventional direction. (Not backwards like on an original Rat)

The Tubescreamer style overdrive has also been modded for asymmetrical clipping for more even-order harmonics and a touch less compression, like the Rat. Along with a simplified signal path for a touch more clarity.

Interestingly the pedal can be operated in either 9 or 18v where obviously 18V should give you more headroom and according to Magnetic Effects, a slightly punchier feel to the tone.