Whether they’re a gear nerd or a gear noob, the type of gear an artist uses has a huge impact on their signature sound. In this regular series called My Gear, Noisegate picks the brains of exciting and diverse artists for a behind-the-scenes scoop on their musical setup. Joel Burton is an Australian session bassist touring globally and kicking goals on the Australian scene. Joel was kind enough to take some time off his busy schedule to answer a few questions to tell us about the gear he gigs with and uses in the studio.

What piece of musical gear do you reckon you couldn’t live without?

In the studio, my P-Bass! Actually, I couldn’t live without two, my P-Bass and Jazz Bass. They are both Fender Custom Shop basses and although I have about 6 other instruments, none of them get a run when these two are around.
On stage, my Aguilar amp rig. It’s an AG 700 head with a DB 212 cabinet and covers pretty much every gig I do with the exception of the bigger stages. With those ones I go all out and spec an Aguilar DB751 and an DB 810… Bass heaven. 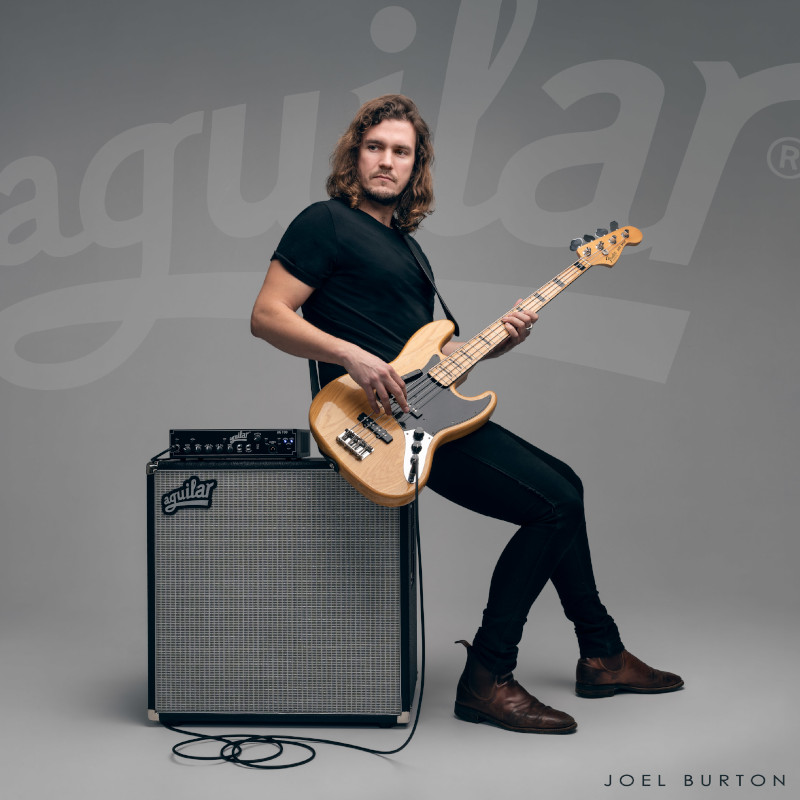 What’s the best and worst purchase you have made?

Best: That’s tough. I’m gonna take it way back and go with the first musical purchase I ever made – I was about 13 or 14 and bought the cassette single (showing my age here) of Rage Against The  Machine ‘Killing in the Name’. I reckon that put me on a pretty good path musically.
Worst: I’ve bought some really bad records over the years. Really bad. But I think I’ll go with the trumpet I bought a few years back. Not because I don’t like it, trumpet played well is awesome, I just never play it so it’s almost wasted. The trumpet was my first instrument as a kid so I had this idea that I’d pick it up again 15 years later.

What pedals and FX do you use, why do you use these particular units?

I have just recently put a board together, so here it goes: 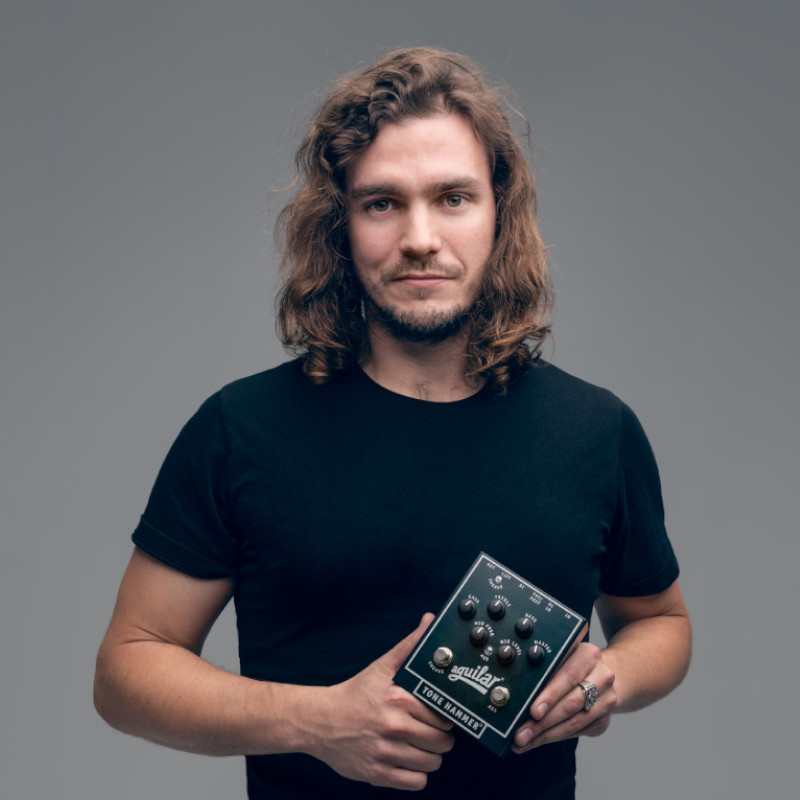 What gigs/sessions do you have coming in the near future?

I’m actually writing this from my hotel room in Amsterdam – I’ve just started a few months of overseas touring with the Lachy Doley Group. Lachy plays the Hammond organ and a Whammy Clavinet which is D6 Hohner clavinet that’s been modified with a Whammy bar – He does some amazing stuff on that thing. Jackie Barnes is on the drums and we get after it as a power trio. It’s a heap of fun. We’re hitting Netherlands, Poland, Germany, UK, Switzerland and Denmark. After that, we head to Canada and North America for some more shows over the next few months.

Aside from that, I’m always open to the surprise calls that come in – you never know what’s around the corner. Case in point: