Originally from Sydney, mredrollo AKA Ed Rollo, is a multi-instrumentalist, performer, producer and educator. He specialises in live electronic music performance using Ableton Live, hardware synthesisers, live instruments and controllers. After relocating to Hong Kong in 2012, Ed quickly broke into the local music scene as a DJ picking up multiple residencies in the region’s most iconic venues. DJing in Hong Kong has led him to share the stage with artists such as Breakbot, Booka Shade, Stefano Ritteri, Ben Pearce and many more. We first bumped into Ed last year at the Ableton Loop conference in Los Angeles where we got chatting about production, music gear and his experiences as an Ableton certified trainer.

The Roland TR-8 Rhythm Performer. As a drummer for more than 15 years, I’m a little embarrassed about how long it’s taken me to own this piece of kit. I love it for its unmistakable sound. It’s solid, expressive and sexy as hell.

The TR-8 is such a hands-on piece of gear with so much flexibility that I’ll often sequence a beat, switch up the individual instruments, add some effects and the inspiration starts flowing. Many of my recent productions have come from this process and everything to follow will be modelled around it. 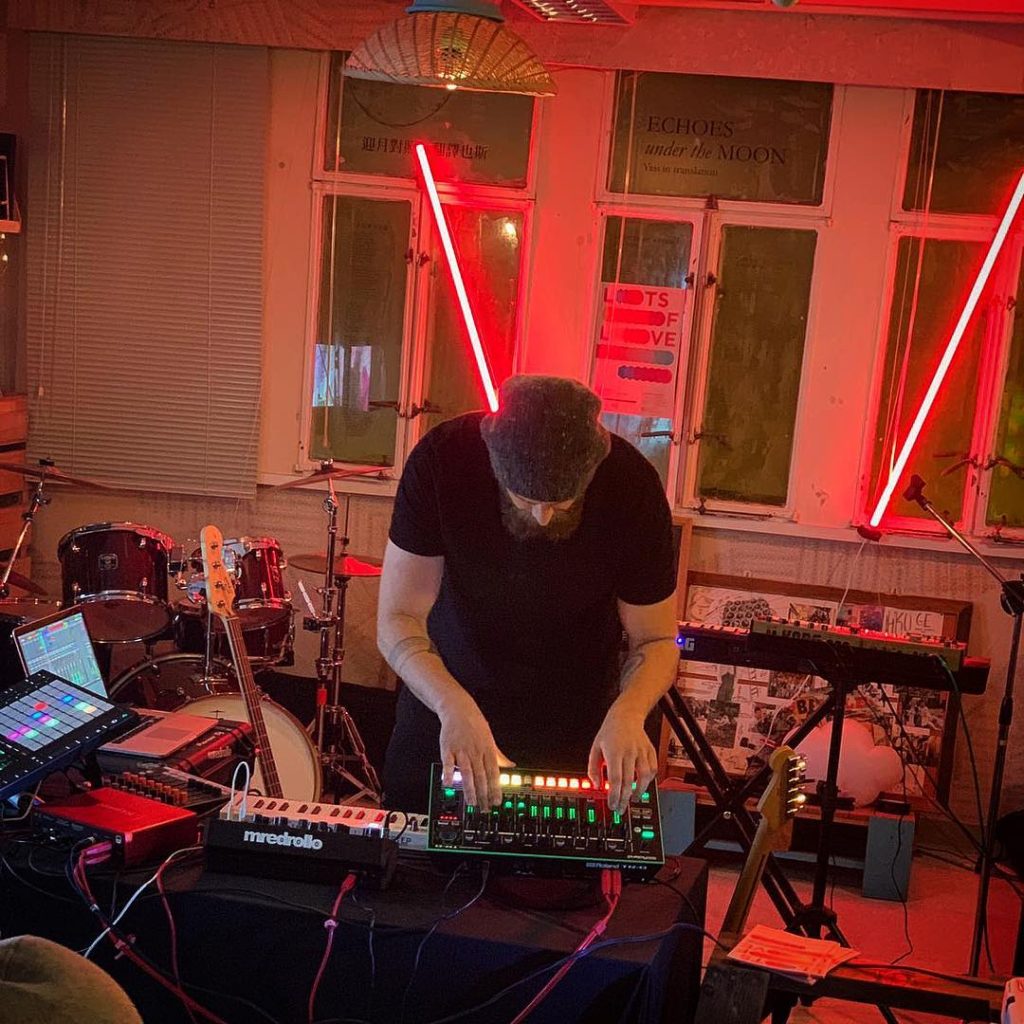 110%. It’s always providing a solid backbone to any track I’m currently playing and mixes so well with other drums/percussion I may have running in Ableton Live. I’ve always liked to have as much flexibility over my drums and the faders, decay and effects provide instant expression capabilities. There’s no messing around dipping into menus, the interface is very clean so, what you see is what you get.

Have you modified it at all? Why?

For live shows, I like people to see what I’m doing so I’ve positioned a laptop stand in reverse and rigged the TR-8 so that it faces the audience. The positioning makes the TR-8 slightly more challenging to play, but it just looks amazing and gets used a lot, so I want people to see that. I’ll always sacrifice my comfort if it provides a better live experience for the audience.

I like to run the TR-8 through Ableton Live so I can do further processing to the sound and keep Live as the master clock. Initially, I was running into a few timing issues with the TR-8 ‘swimming’ around the beat. The TR-8’s default sequence setting is set to model its predecessor, the TR-808 where the beat fluctuates slightly. This can be the death of creativity. I found myself in the studio trying to figure out why the hell my drum machine wasn’t on my time and screaming at a piece of hardware; “Were you rushing or were you dragging??!!”. After many hours trawling the internet, I found the solution.

Here’s the trick: dip into the system settings and change the pattern sequencer operation mode to ‘precise timing’. I believe this was an update to the firmware somewhere along the line, but why they didn’t start here is beyond me. 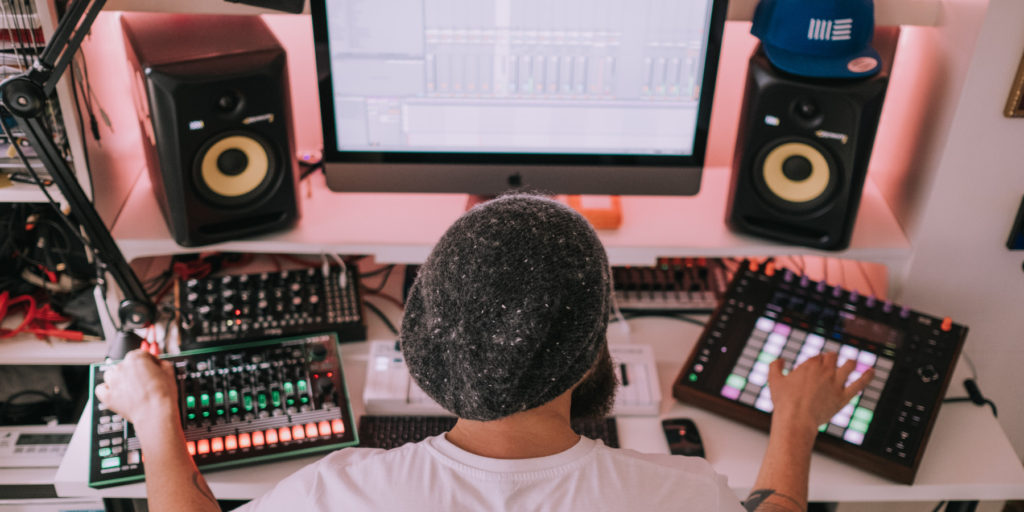 I like a lot of gear, but everything I own serves a vital purpose. I don’t own any piece of gear that’s redundant, it all gets used all the time. Gear that’s not being used is out the door (mostly my girlfriend’s rule!). 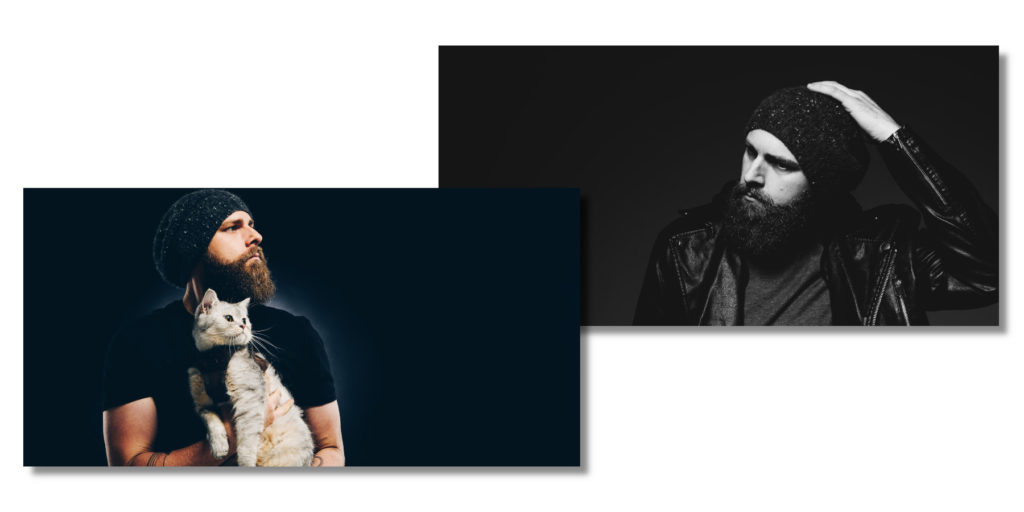 My focus at the moment is to perform more. I’m currently putting in the hours to build my live show into something really special. Writing music and performance practice, that has to be done, but I know it will pay off eventually. Keep an eye on my website and social handles for updates. 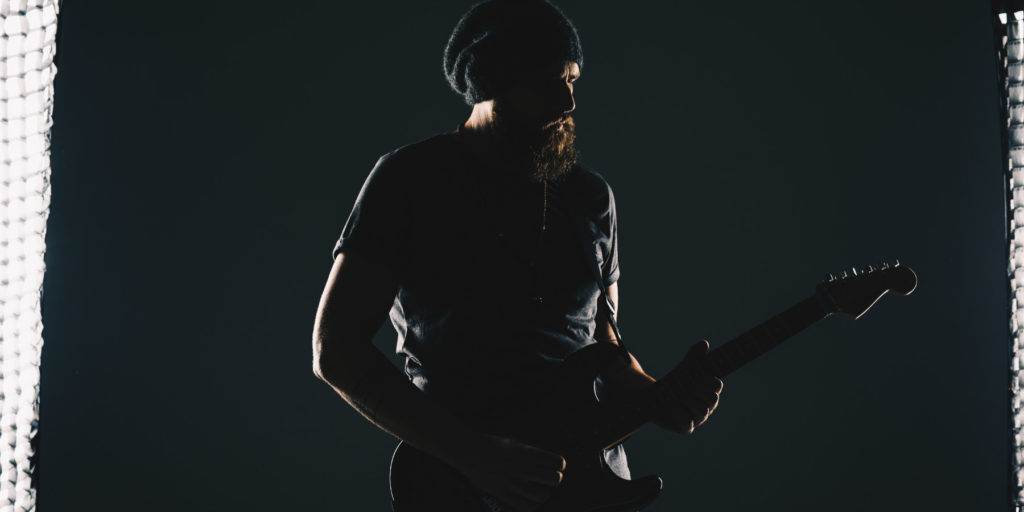