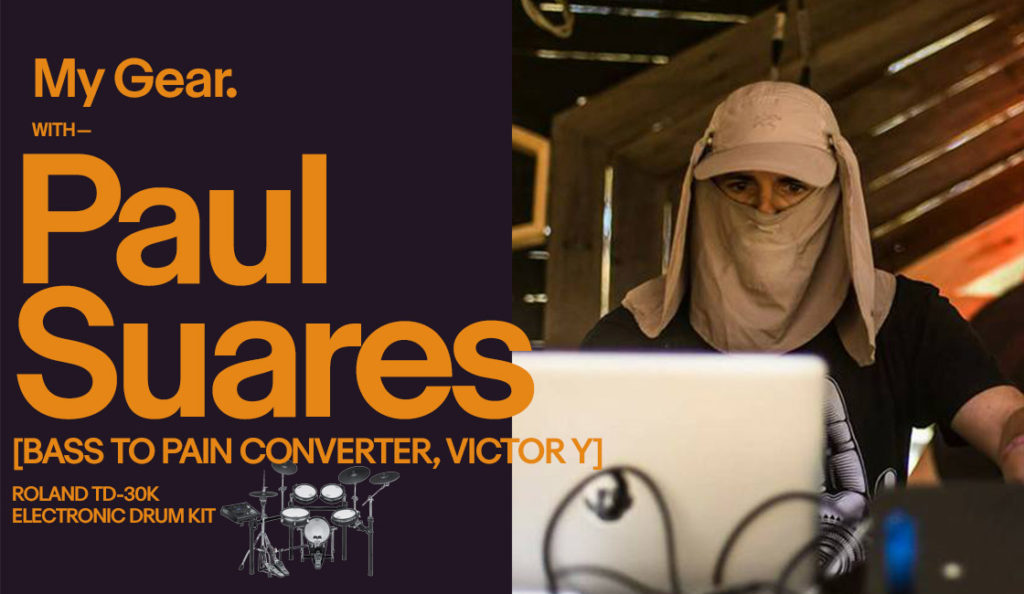 Bouncing between the European, Australian and New Zealand festival circuits, Paul Saures (aka Bass To Pain Converter, Victor Y) has been bringing his finely crafted electronic productions to audiences since early 2014. Since then Paul has supported the likes of Captain Hook, Vibe Tribe and Antix & Fiord and has played headline spots at Subsonic Festival and The Day Before Next Year Festival as well as performing at Earthcore Festival, Dragon Dreaming Festival and Twisted Frequency Festival just to name a few. Coming from a drumming background of 18 years, spanning genres from death metal to wistful folk, Paul’s eclectic musical experiences have allowed him to explore deep sonic textures and produce and perform with an innovative style. Hailing from Sydney but currently based in Berlin, Paul kindly took time to chat with us about what gear he enjoys creating with.

Hey Paul, so what’s your favourite piece of gear and why do you reckon it’s awesome?
Roland TD-30K, electronic kit. Originally I got it as a practice kit to not wage war with the neighbours. Mapping and sending midi from the kit into Ableton is where it starts to get fun. I love being able to play multiple, automated instruments with each limb. As a drummer I want to do more than play on a sample pad and Roland kits have really great feel and playability, which is super important having grown up on acoustic kits. 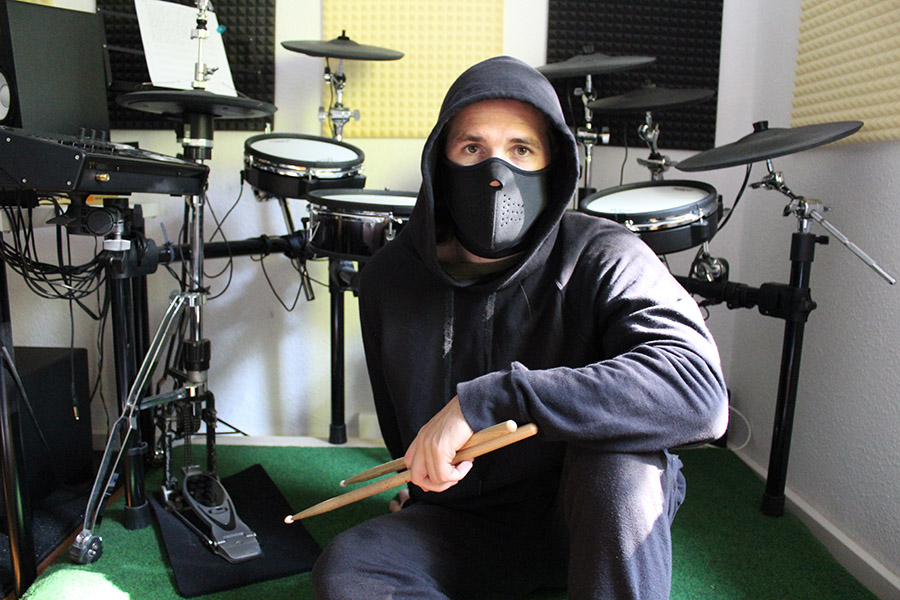 Very cool! How has it influenced your sound and songwriting process?
Instead of filling in the blanks on piano roll I’ll sit there and nut out the groove. This opens up a completely different frame of mind and recording midi with the kit allows for human characteristics and natural sounding velocities, which is very difficult to emulate. It’s kind of like having a hardware synth instead of a VST, you’ll have more fun tweaking parameters and spend a lot longer getting lost on one sound. The same can be said for drum beats and percussion, instead of just adding generic hats, snares, etc, you can sit there and spend time figuring out how to unlock the groove of a track.
Sometimes on Ableton I’ll write some polymeters, score it and learn it on the kit. Then maybe after playing it I’ll adapt it and figure out something more suitable. This back and forth between drumming and production opens me up to a whole bunch of fresh ideas and variations.

Have you modified it at all? Why?
Instead of using the kit’s native sounds I MIDI map it to different samples and VSTs. Using Ableton’s drum rack I’m able to assign a specific pad to an instrument of my choice, whether it be a drum sample or automated synth.

Clever! Are you a gear hoarder or do you tend to gravitate towards single bits of gear for long periods of time?
I’m mostly an ITB (in-the-box means using only computer) kind of guy, although I just got my first semi-modular synth the other day (Roland System-1m). I think I’ll slowly kit myself out if I come across the right gear but I tend to like the vastness of working ITB (infinite amount of sounds and plugins) without being restricted to one or a few sounds on a piece of hardware.

What’s in the foreseeable future for you?
Before I head back to Australia and New Zealand for another summer tour I’ll be working on a few EPs for both my projects (B2PC and Victor Y), one being a collab with David Kras aka Hellquist. Also, I’ll be doing my monthly show on Fnoob Techno Radio, playing the odd gig and teaching drums in Berlin.