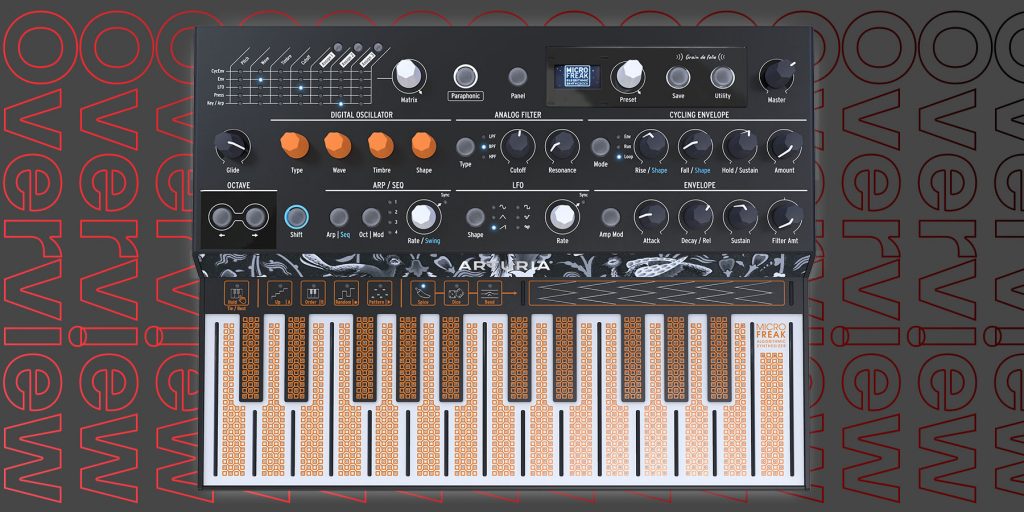 Today amid all the NAMM show flurry, French music company Arturia released a new firmware update for their digital hybrid synth, the MicroFreak. V2.0 introduces an entirely new oscillator, new performance features, plus a handful of improvements and bug fixes.

The new ‘Noise Oscillator’ lets you morph between particle, metallic and white noise types, which can then be blended with a sine/triangle or sawtooth waveform – creating some unique percussive textures (see our video below). A new Chord mode has also been introduced, allowing you to program your own chords and replay them with single keys, as well as Scale Quantisation, which allows you to assign a root note and a scale of your choice to prevent any bum notes. There’s even a handy little shift function for clearing all of your matrix routings, as before you had to manually clear them one by one.  Other features and improvements include:

Head to the Arturia website for a full list of bug fixes, in the meantime check out our video below.