Tascam have added a third member, the Model 12, to their fantastic Model range of Mixer/Interfaces/Recorders,  joining the bigger Model 16 and Model 24.  The new unit offers a very similar look and feature set to its bigger siblings in a more compact package — moving connections to the back panel rather that the top and scaling down the track number, but keeping the USB audio/MIDI interface, Bluetooth, record to SD card functionality and analogue mixing panel.

Here’s a rundown of the feature set:

There’s a lot to like here, and hell of a lot of flexibility. This unit connects via USB C connection rather than the old USB B type connection that’s on the Model 16 and Model 24, so that’s a neat update that’ll appeal to Mac and modern PC owners. We could see this unit appealing to a variety of musicians and content creators, whether it’s an electronic musician wanting to escape the computer screen with a mixer and hardware, a band wanting to record rehearsals and demos, or YouTuber recording multiple audio sources for their video. 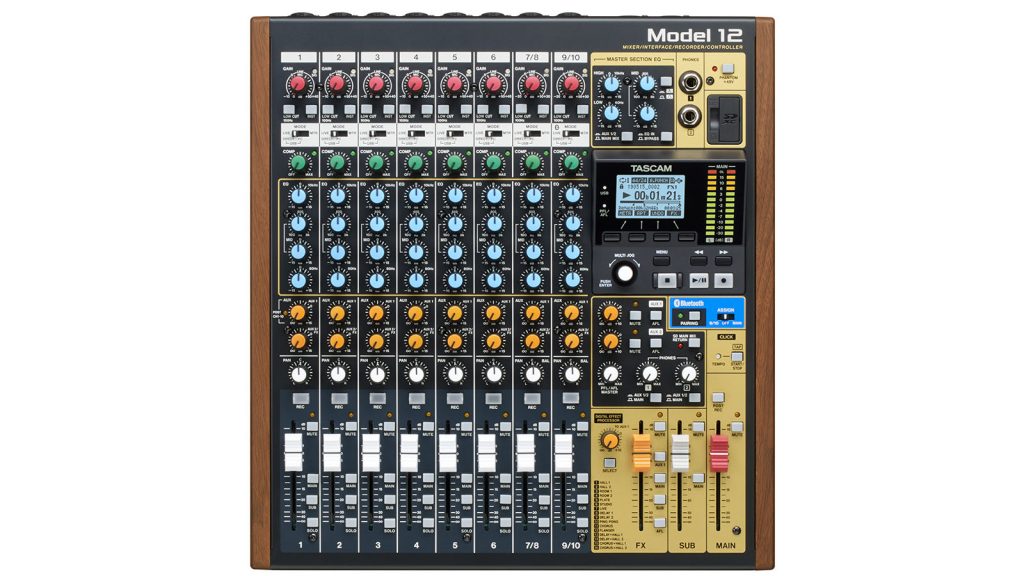 It has a lot of similar functions to the Presonus StudioLive AR12c Mixer/Recorder/Interface announced last week, but adds an LCD screen, some basica MIDI functionality and a more compact form factor, while the Presonus features some extra connections and higher recording sample rate.  We might have to a comparison video when they land in Australia!

Grab all the info here – tascam.com/model_12