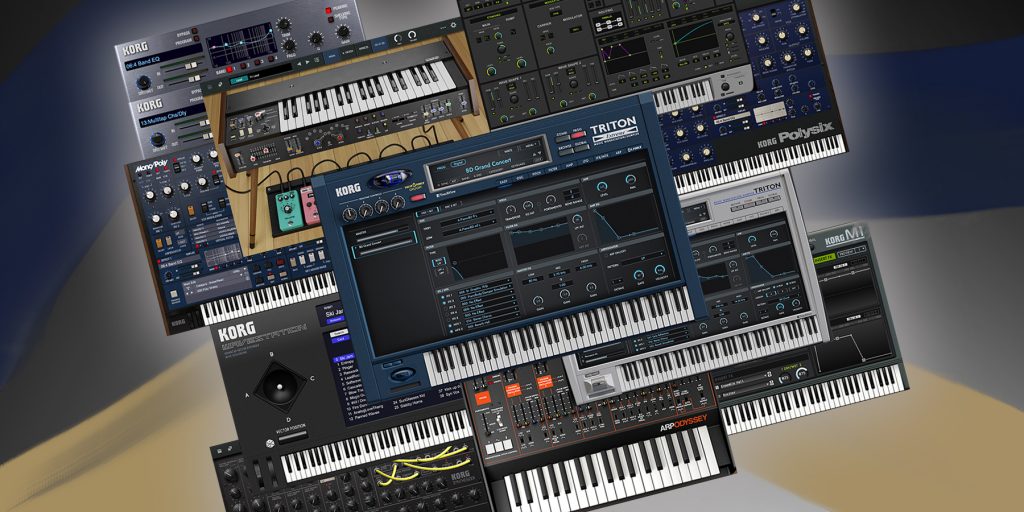 Korg’s software recreations of their own classic synthesizers such as MS-20, PolySix and Wavestation date back to 2004 with the release of the ‘KORG Legacy Collection’. Amongst the first virtual instruments to offer truly authentic hardware emulation (both analog and digital), they’re arguably as pioneering as the instruments they set out to recreate, putting KORG’s legendary back catalog of instruments into the hands of musicians and producers everywhere.

Their software suite continued to grow and was revised in 2017 under the new name ‘KORG Collection’. More hardware emulations followed including their classic Triton Workstation, and the ARP Odyssey, which followed KORG’s collaboration with ARP co-founder David Friend 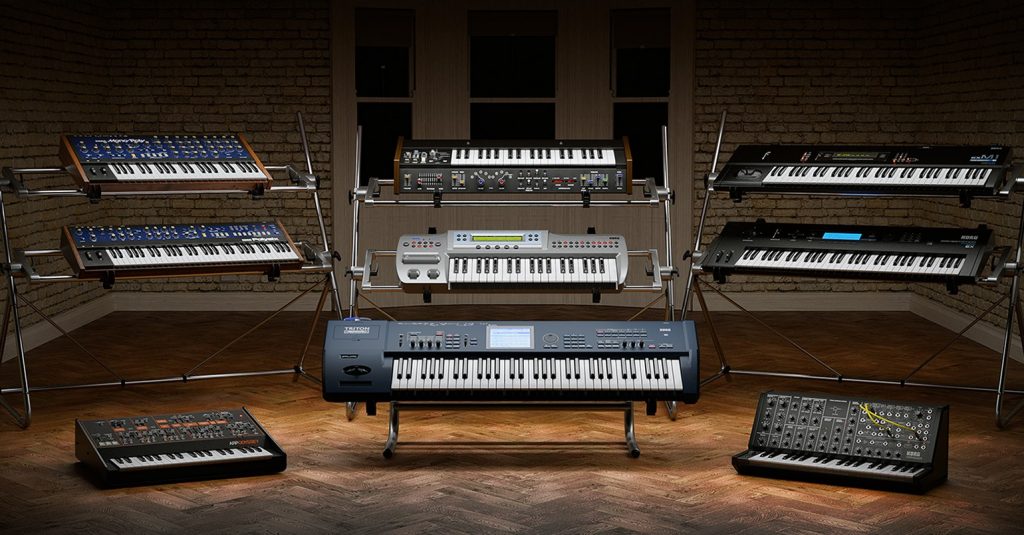 First, there’s miniKORG 700S, the successor to KORG’s first-ever analog synth. We recently looked at Korg’s limited edition hardware re-issue of this analog classic so be sure to check out our article and video for more details about this beautiful synth. It’s a fascinating and captivating instrument, which hopefully even more people will get to experience via this software release.

This new software recreation brings polyphonic capability not possible with the original monophonic hardware, as well as a convenient range of effects via a virtual pedal board. 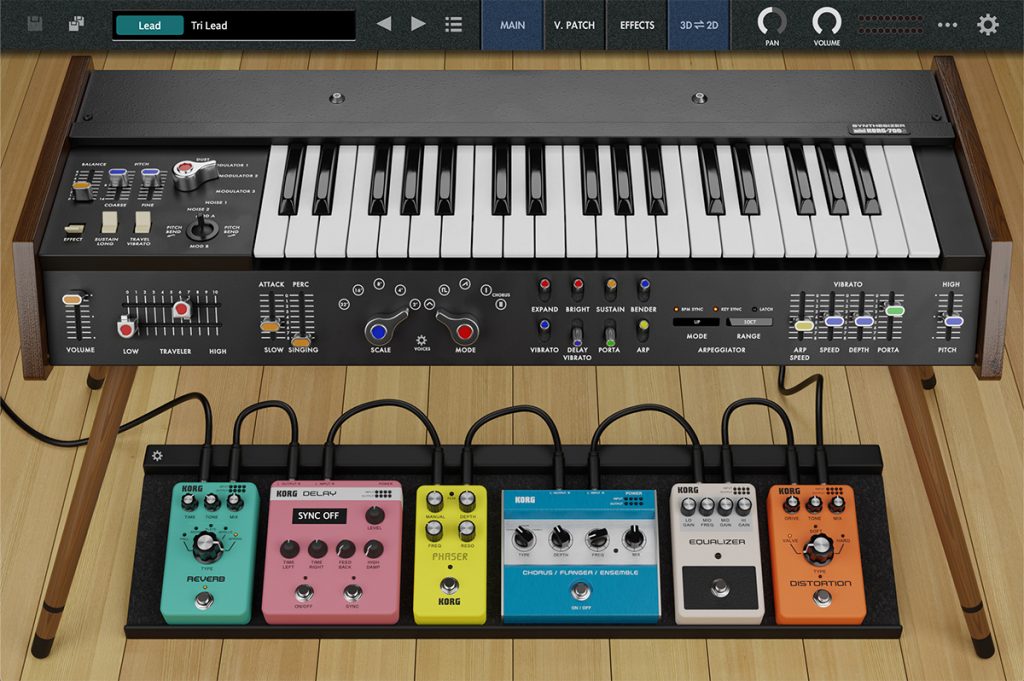 Next, there’s the KORG Prophecy. Released in 1995, it was a breakthrough in virtual analog synthesis using KORG’s new MOSS (Multi-Oscillator Synthesis System) sound engine. Capable of a range of timbres from the synthetic through to realistic physical modelling, it was embraced by artists looking for something different during a period of analog resurgence and remains a cult favourite.

The Prophecy was featured notably on The Prodigy’s Fat of the Land album, contributing greatly to the album’s aggressive synth character. As with the miniKORG 700S, this software recreation adds polyphonic capability for the first time, as well as greatly enhanced editing via a new visual interface. 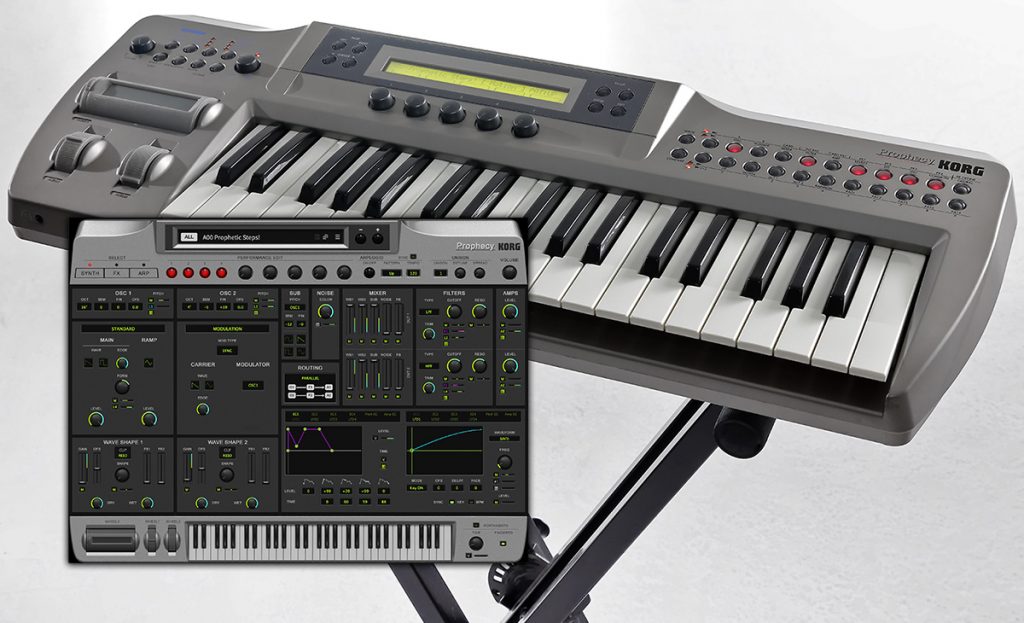 Lastly, there’s the Triton Extreme, originally released in 2005 and the last to bear the Triton family moniker. Being a workstation, it covered a similar range of sounds to the rest of the Triton range, from synths of all kinds to acoustic pianos, to orchestral ensembles. A big point of difference with the Extreme was the inclusion of a 12AU7 vacuum tube to add warmth or natural overdrive to any of the onboard sounds. Also, the optional MOSS expansion board featured the same sound engine that powered the Prophecy synth which greatly extended the Triton Extreme’s sonic capabilities.

Along with the Triton Classic emulation, Triton Extreme adds a uniquely diverse range of tones to the KORG Collection bundle, from sampled Bosendorfer pianos to rich orchestral combis, any of which can be enhanced or abused via the ‘Valve Force’ virtual vacuum tube. 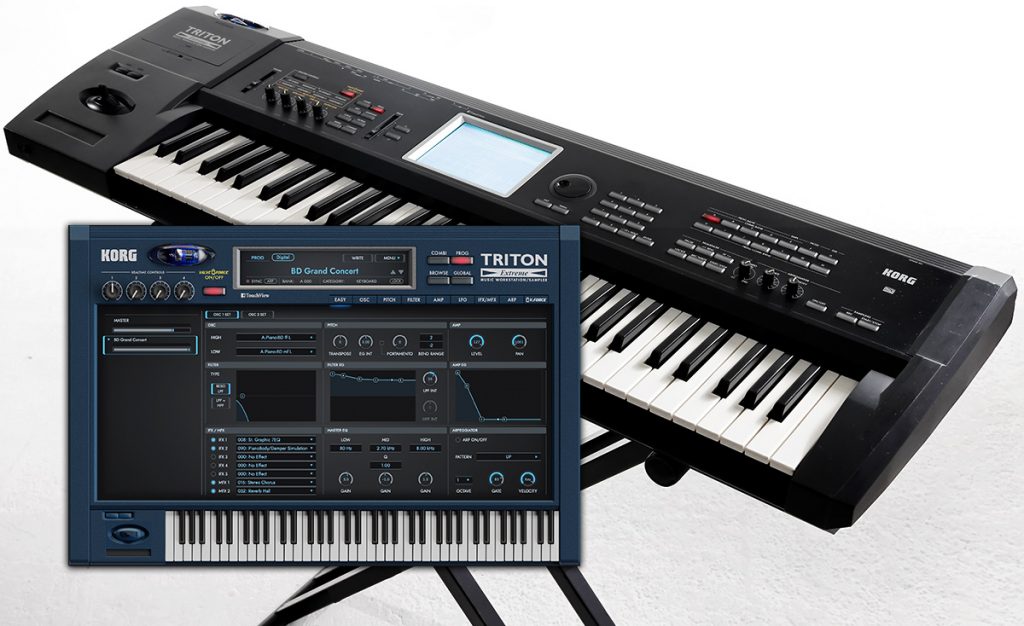 The KORG Collection 3 is available to purchase now directly from Korg’s website, and free demo versions are available to try. There is also an introductory promo sale running with discounts of up to 50%.