The 6th Men – Sir Foster and the DJs of the NBA 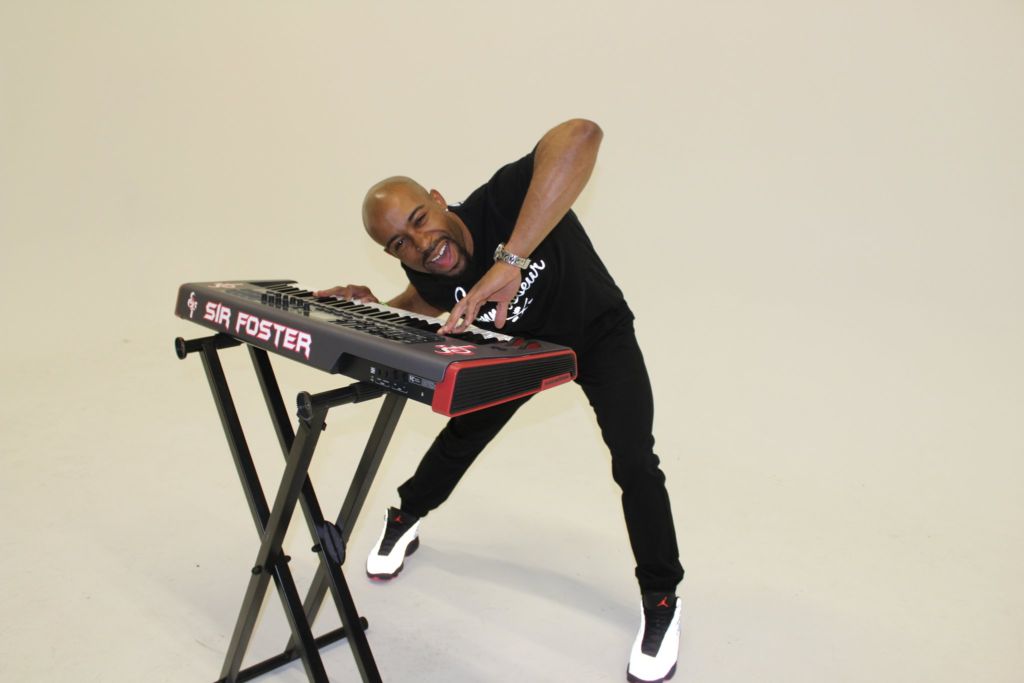 Most NBA stadiums now employ an in-house performer who is responsible for providing the ‘soundtrack’ for the game. 90% of these artists are long time DJ’s who cut and scratch their way through breaks in action, encouraging the crowd the get up and boogie. During lacklustre or blowout games the music is often the only thing keeping any ‘buzz’ in the building. Besides providing entertainment, the music further serves the crucial role of keeping fans involved in the game. During in-game action the DJ cues up a series of offensive and defensive chants at just the right time to try and put the opposing team off their shot or to energize the home team. I’ve watched enough NBA games to know that fans can win or loose a team a game. The juxtaposition of 20,000 fans clapping and screaming when their team scores a bucket, compared to the virtual silence of when an opposition team makes a play is powerful – don’t believe me? Just talk to any NBA player who has stepped into Oracle Arena for a playoff game against the Warriors.

Miami’s Dj Irie is the NBA’s longest tenured in-house Dj and has been spinning tracks at Heat games for nearly two decades. He is also the first full-time in-arena DJ in any professional sport. He knows the players, staff and most importantly he knows Miami’s crowd. Conversely, many of the DJ’s – like Golden State’s DJ D Sharp – provide music for the players in pre-game warm up as well as being responsible for in-game entertainment. One step further is DJ Steph Floss, who is not only the official DJ of the Cleveland Cavaliers but also the personal DJ of LeBron James’.

While DJ’s make up the bulk of in-house performers, the most notable musical personality is not a DJ at all. Sir Foster is the well-known organist for the Atlanta Hawks. Most notably, he is known for his organ based renditions of pop songs. During in-game action Sir Foster makes sure the arena is littered with chart topping hits, sound effects and chants all played live on his “organ”. Of course the organ he uses is not an organ at all but a keyboard set up in the corner of the arena about 20 feet above floor level.

Gear-wise, the organist’s setup is naturally a little more involved then the typical Pioneer/Serato setups found in the booths of NBA arena DJs. Unsurprisingly, the heart of Sir Fosters setup is a keyboard – anything from a Roland Phantom to a customised Novation Impulse to his latest keyboard, the PianoArc. Rounding out the setup is a Native Instruments Maschine which he uses for beats and backing tracks and a Universal Audio Apollo Twin responsible for handling audio duties.

For a deeper look into Sir Fosters Setup and to hear about his humble beginnings check out his mini documentary, ‘Future World Record Holder’.

NAMM 2022: The DJM-S5 is a New Affordable Mixer From Pioneer DJ