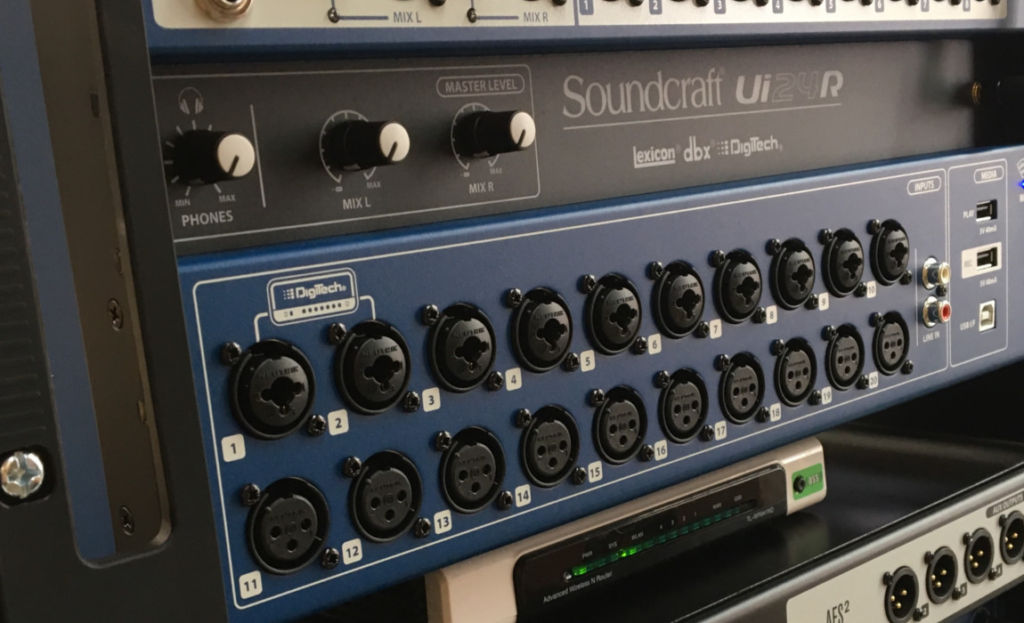 Soundcraft released the Ui24R surfaceless mixer in March of 2017. Since then, three additional FREE firmware updates have been released for the mixer, and recently Soundcraft announced the fourth major firmware update at the 2018 Winter NAMM show.

Highlights of new features include:

Speech AutoMix: This adds 2x user selectable AutoMix groups, which are used in situations where multiple people are speaking on a panel or on a theater stage. When multiple mics are active on stage and the mic count doubles, the noise floor goes up by about +3dB (2x mics = +3dB, 4x mics = 6dB, 8x mics = 9 dB). To counter this, AutoMix prioritizes the most prominent current speaker, while deprioritizing the other active mics. Soundcraft’s implementation provides a “weight” compensation for adjusting for stronger or less prominent voices in the group, as well as a single control for adjusting the speed of response between channels.

Multi-Ducker: With huge expansion in content creation, Soundcraft is adding a new MultiDucker feature for those creating content in a radio or TV broadcast style workflow. MultiDucker enables users to route groups of mic channels to subgroups, and then in the subgroup compressor, assign higher number subgroups to “duck” (side chain trigged compression) from levels on any lower numbered subgroup. As an example, users could route the speaking mic channels to subgroup 1, a musician playing acoustic guitar in the same room to subgroup 5, and USB playback to subgroup 6. When the people on mics are speaking, the music subgroups will now automatically “duck” (compress) their levels, and when the speaking pauses, the music channel levels will return.

Language Localization: This release is the first language localization for a Ui Series mixer. Each HTML5 Ui user may now select Chinese in the Ui local settings, for using the interface in Chinese.

To coincide with this V2.0 firmware update, Danny Olesh the R&D Project Manager for Soundcraft/Harman Professional and the driving force behind the Soundcraft Ui surfaceless mixers, will be in attendance at the Entech Roadshow at the CMI Music & Audio exhibition in Brisbane, Melbourne and Sydney. This is a great opportunity to chat with Danny and to learn more about the firmware update and anything related to the Soundcraft Ui range.