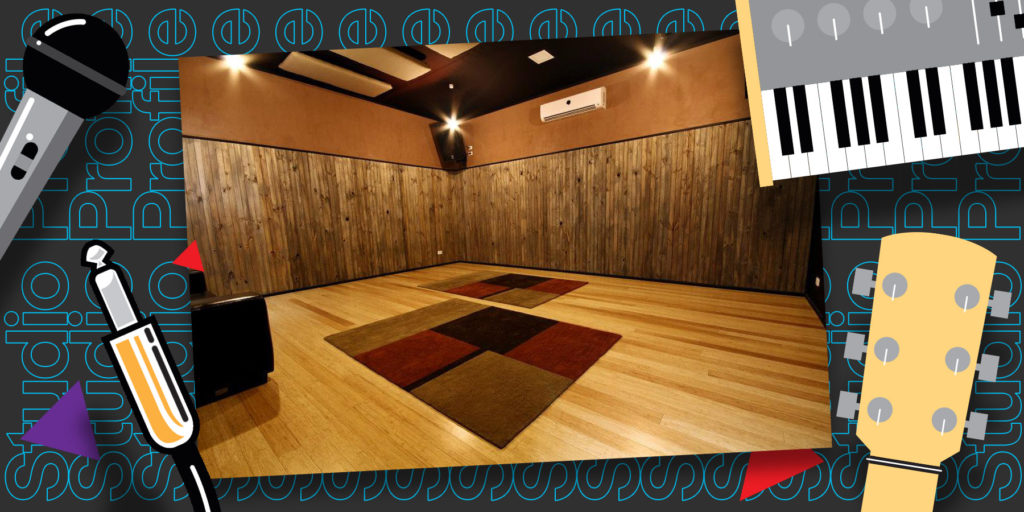 Tucked away in the back streets of Brunswick, Melbourne, Three Phase provides a welcome antidote to the run-down studios of old. You won’t find torn carpet, stinky microphones or overheating speaker systems at Three Phase. On the contrary, the studio is clean, air-conditioned and chock full of juicy gear hire options and PA set-ups. Opening at the original Brunswick Road location in the early 2000s, Three Phase is now a top-notch 11-room rehearsal studio adored by professional musicians and fledgeling bands alike. Ben Hovey and Liz Thomas who now run the space sat down with Noisegate in tandem to illuminate us on the secrets behind this inclusive and unique studio…

What are the origins of Three Phase?

Ben: Three Phase began back in 2003. Scott and I were jamming at Shanty Town Rehearsal Studios when the owner interrupted our rehearsal to ask if we knew anyone who might want to buy the place. We, of course, said no and carried on. A year or so later, October 2003, we had the keys and after much deliberation re-named the place Three Phase.

The place was ratty, we fixed it up but it was still ratty. Eventually, it was swallowed up by apartments so we built a brand new set of studios at Tinning Street, and here we are.

How would you describe the vibe of Three Phase? What kinds of bands typically rehearse at the studio?

Liz: We’ve worked really hard to create an inclusive space where everyone feels welcome – there’ no particular genre or type of band that dominates. When I was in my 20’s and living in Sydney, the indie bands went to one studio and the rock/metal bands went to the other… and I hated it! I also honestly believe we have the best staff working for us – super enthusiastic, helpful and zero attitudes. Truly blessed! As far as space itself goes, it’s clean, modern, chilled out and wheelchair accessible. We’ve recently renovated and built a café and bar and expanded our retail accessories, so when you come in for rehearsal you really have everything you need under the one roof.

How did you put together your collection of hire gear and what are some of your favourite pieces?

Ben: The hire gear is a work in progress – initially it was just our own equipment and whatever bits and pieces we could find cheap second hand, but now the hire gear has become an integral part of the business and we’re constantly adding to the collection. The Sonor drumkit is a bit of a favourite, it’s just a little inexpensive kit but so much fun to play! And the Fender Twin has us pulling our hair out with its unreliability but when it’s on point it’s a great little thing. Bass-wise, how can you go past the huge Ampeg 8×10 fridge ex-Dean of Magic Dirt, the cab currently resides at Three Phase thanks to Everywhere Roadie. It really is a beast, and we donate 100% of its hire fee to Support Act.

The sound quality in each rehearsal room is really top-notch. What was the process of transforming an industrial warehouse space into amazing rehearsal rooms like?

Ben: Firstly, thank you! We love hearing good feedback on the rooms. The process was, in a word, tough. 8 Tinning Street was an empty 900-metre square warehouse when we got the keys. A lot of effort went into the floor plan to make the best use of the space and 8 years later, I think we did pretty well with the layout. The amount of red tape we had to battle to change the use of the space was immense and expensive. We opened the space with 6 rooms and a real construction site vibe. The total build took about 30 months of 7-day weeks, along with a pretty large portion of our life savings and sanity. It was definitely worth it though!

What are some of the quirks that come with running a rehearsal space? Do you get any weird requests?

Liz: I’m always confused when people show up to rehearsal and they’re forgotten their instrument… it happens more often than I would have ever thought…

Ben: Or leave it behind! Some expensive bits get left in the loading bay, sometimes out on the street more often than you’d think.

You recently completed some renovations. Can you tell us a little about the expansion and why you felt it was important for the business?

Ben: Getting a liquor licence was on the to-do list for many years, so we finally got that mid last year. We also had some space up front that wasn’t being used effectively, and we were starting to think the reception area was looking a little tired. So it seemed like the perfect time to pick up the tools again and build the best reception/bar/café/shop we could. Our customers love it, and so do we! The new space makes a huge contribution to the overall vibe of the studios, and sure makes coming to work more enjoyable.

Looking further ahead, the new reception space is a key piece in our plans to open the space up for events and parties in the very near future. We’ll still be focusing on rehearsals but we have a quiet time on Saturday nights that we think will be the perfect time for these kinds of things. There’s a bit of work to do yet but watch this space. 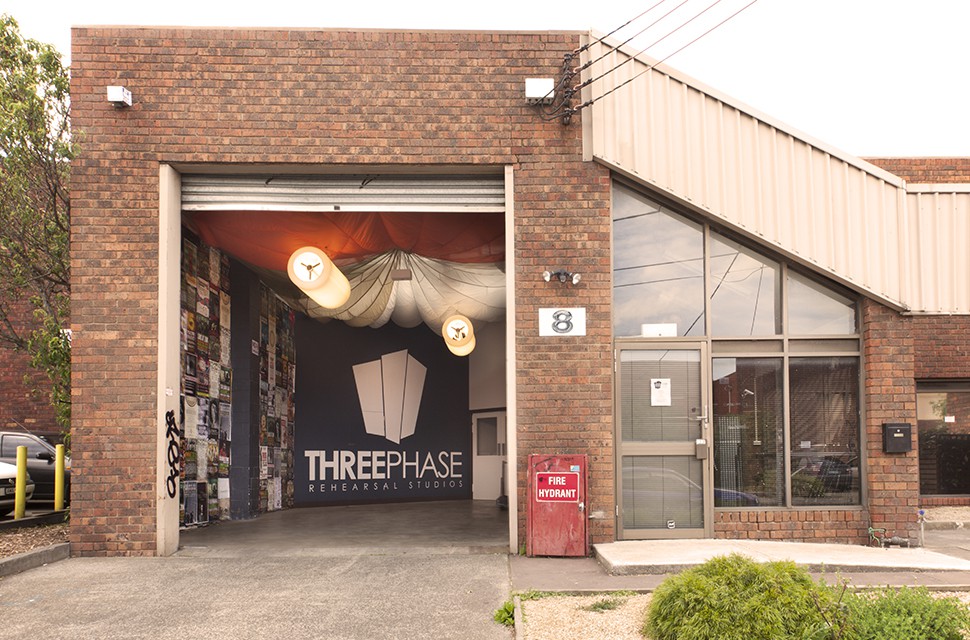 Have you ever been star-struck by someone rehearsing at Three Phase? Do you have any musical favourites that use the space?

Liz: There are so many amazing bands and musicians in this city that I’m constantly excited by the people coming through the doors – it’s so great to walk down the hallway and hear a band you love rehearsing a song you love or working on something new. There was one evening when Ian ‘Mossy’ Moss was rehearsing, and while his crew were setting up he started playing Tuckers Daughter on acoustic guitar on the mezzanine… bands were walking in kinda scratching their heads until they realised it was actually Mossy, and then everyone just joined in this big studio sing-along!