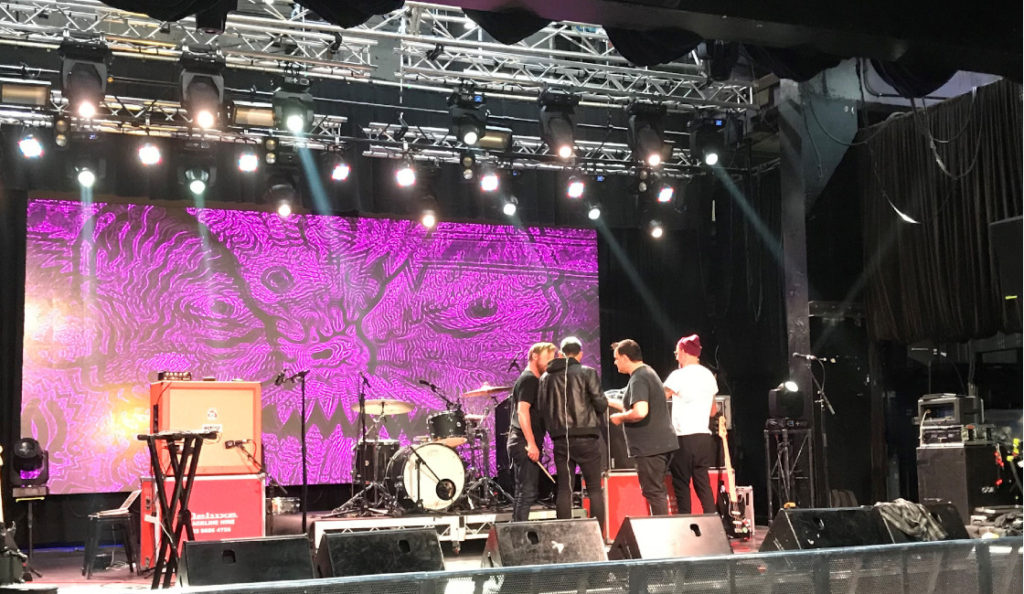 A little while back, in the midst of their “Life Support” tour, Aussie music legends Regurgitator and their front of house engineer Greg Jard kindly allowed Noisegate to sneak into their soundcheck before their show at 170 Russell in Melbourne to check out the gear Greg was using to mix front of house.

Greg needs no introduction, the list of artists he has worked with as a front of house/monitors engineer, production manager or tour manager is nothing short of astounding. Other than Regurgitator, Greg has also worked with the likes of Tumbleweed, Peaches, Frenzal Rhomb, The Butterfly Effect and many, many more Australian and International touring artists. Greg kindly shared his recent experiences using the Soundcraft Ui24R for front of house duties and how it’s streamlined his work flow when mixing at some of the country’s most prestigious venues and festivals.

As opposed to hiring out a large format analogue or digital console or using the inhouse console at each venue/festival, Greg has gone with a slightly different approach by taking his Ui24R with him to each venue or festival. Accompanied with a large touchscreen display for fixed point operation and a Samsung tablet for mixing remotely, Greg’s setup is optimized for consistency, speed and flexibility.

“The setup time for soundcheck has been so fast” Greg recounts, and in one particular case at a festival recalls having the “system tuned and band checked in about 10 minutes”, a significantly shorter setup time to most.

Not only has the Ui24R streamlined setup time for Greg and the band but they’ve been super impressed with its sound quality. “People at venues and festivals have commented a lot about how good this thing sounds.” Greg shares, “There’s so much headroom on the preamps. Music playback sounds amazing too!” Apparently, some venue staff and fellow engineers have been so impressed, they’ve gone and purchased their own Ui24R after seeing it in action with Greg at the helm.

The Regurgitator guys had also just started using a Sennheiser in ear monitoring system. Using in ears in conjunction with the UI’s “more me” feature, (which gives band members the ability to control the levels of their individual mix on stage on their smart phones) gave Quan, Ben and Pete absolute precision in balancing their own mix, without getting muddled with on stage wedges. “We should have done this years ago!” the band professed.

Soundcheck (to no surprise) sounded incredible. Thanks to Regurgitator and Greg for having Noisegate down.