Rockhampton production company Stage & Audio have joined the new JBL line array revolution and purchased a VTX A8 concert system, cementing their place as a leading supplier of top-end PA to Queensland’s touring and events market.

Stage & Audio’s owner Tim Buchholz has been a dedicated JBL user since he purchased a pair of K140s back in the 1970s. Tim was blown away by the A8’s high-end performance, courtesy of the A-Series’ revolutionary new drivers and waveguide. These designs are responsible for the A-Series redefining the ‘JBL Sound’ and winning over long-term JBL fans and sceptics alike. “I have never heard clarity like that or top end that accurate in 45 years working in pro audio. The level of performance is ridiculous,” extolls Tim. “I’ve simply never heard anything like it. It’s still JBL, but noticeably more ‘European’. It’s a totally new sound.”

19 elements of JBL A8 have joined Stage & Audio’s inventory. Crown iTech HD3500 power amps have also been brought in to supplement their existing racks, and the rig has just been augmented by the recent acquisition of 12 x JBL B18 Subwoofers.

The A8s have already been out working hard in their first two weeks, covering a Queen tribute band, the Rockhampton River Festival across two stages, and an awards night. “After these jobs, all our in-house engineers and the guest techs that have mixed on them can talk about is the high-end performance. It’s such a step up,” adds Tim. 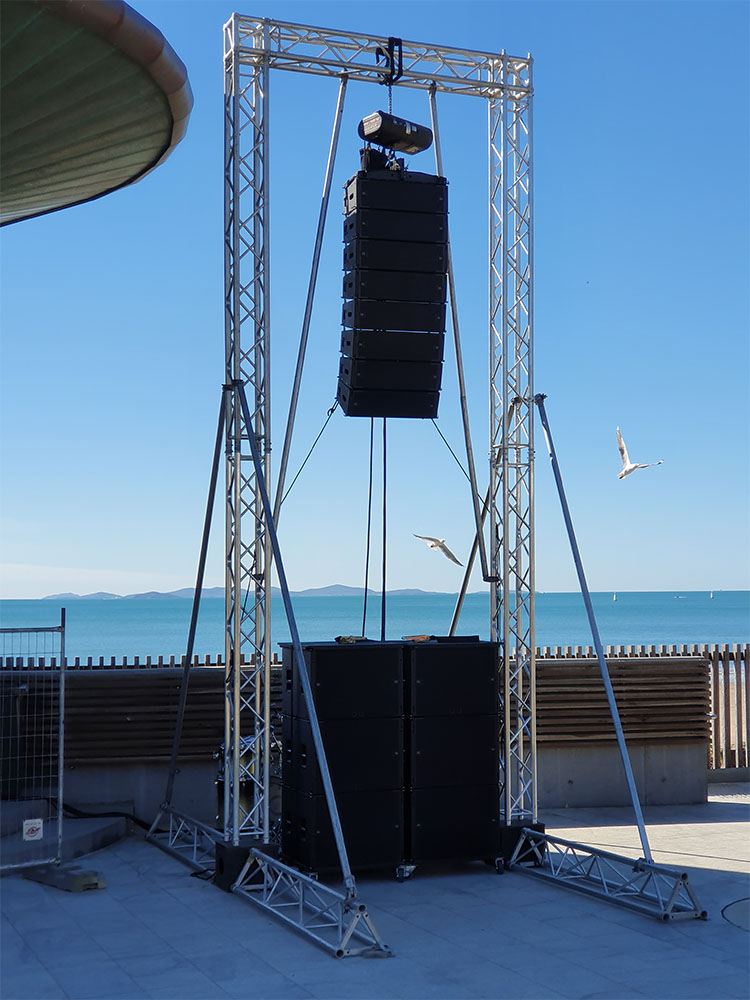 It’s not just the sonic performance that offers a clear advantage for Stage & Audio; the industry-leading rigging, designed from the ground-up by JBL for the A-Series, makes getting the system in, up, and out again safe and fast for the whole crew.

“The rigging system works very well, especially when compared to its major competitors,” observes Tim. “It was as much the rigging as the sound that influenced our decision to purchase, which was confirmed for me making some changes to the system in our warehouse not long after I’d helped rig a competing product. Add to that the IP55 rating and it was a no-brainer. The fact that JBL is one of the only manufacturers that designs its own components is evident in the build quality and performance.”

The A8 system joins a stable of JBL and Harman Group products helping Stage & Audio run their day-to-day operations. These include fifty SRX712M 12″ stage monitors, twenty or so members of the EON family, and a range of powered PRX PA systems with subs and tops. More often than not, their passive boxes are powered by Crown amplifiers. A fleet of Soundcraft Ui tablet mixers provides quick and portable WiFi mixing for smaller gigs.

“Overall, the A8s have fantastic linearity,” concludes Tim. “There’s a newness to their sound, and you know every parameter and every frequency is being carefully watched over by advanced FIR filters, and compression and control algorithms. It creates and natural, sophisticated sound that is comparable to the best European touring systems on the market.” 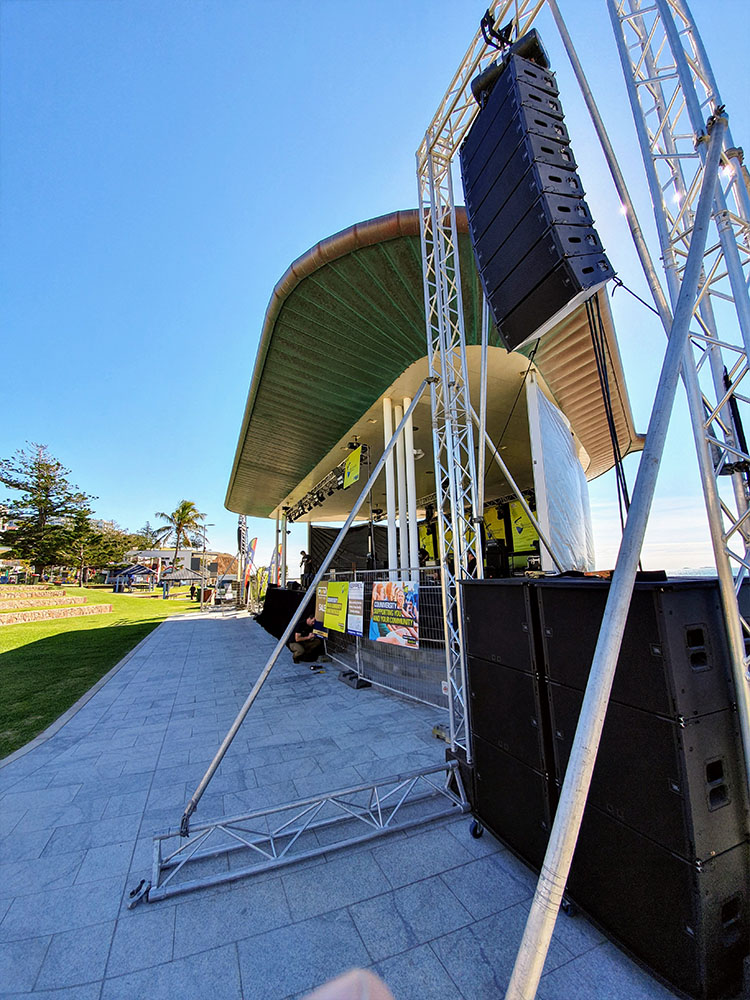