This is an exciting one, boutique Australian effect pedal manufacturer Poly Effects, have been gaining momentum with their wildly powerful multi-touch screen modular pedals Digit and Beebo over the last couple of years, and now they’ve just announced they’re entering the Eurorack market.

Poly Effects say ‘Hector’ will pack in all the virtual modules and effects of Digit and Beebo, with the hardware featuring 6 inputs and 8 outputs, jammed into only 30hp. Although not mentioned, in the picture we can clearly see MIDI I/O and USB ports as well, though this is very likely a prototype build. 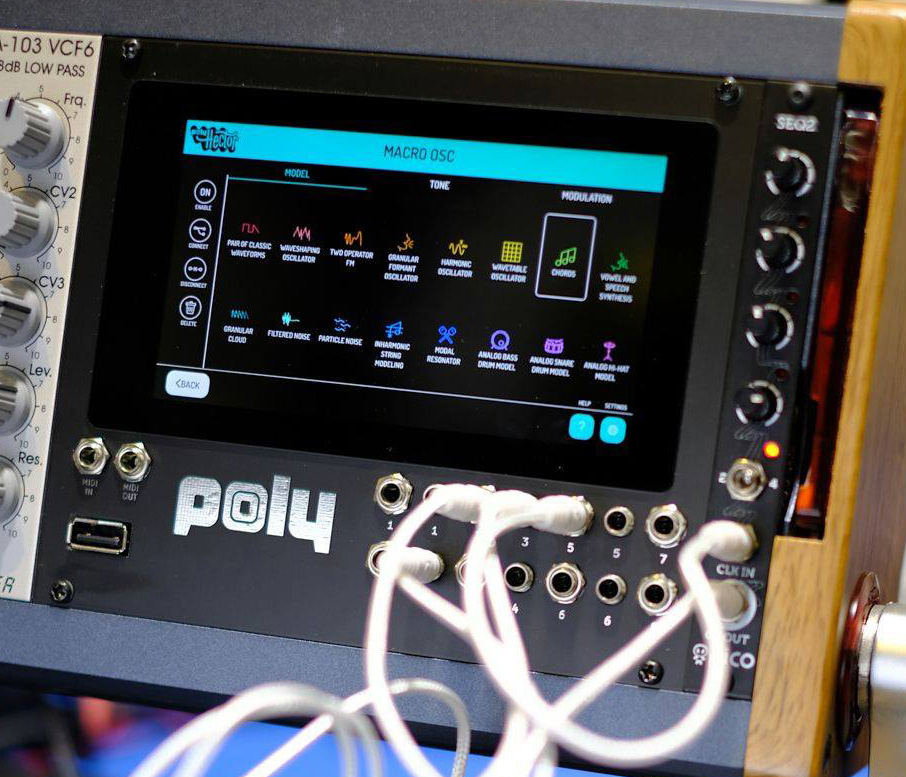 The Facebook post and photo is all we’ve got to go on at this point, but Poly Effects have estimated it will be available in March/April this year. This will likely have them beat Empress Effects to the market, who initially teased their take on the modular-system-within-a-modular-system, the ZOIA Euroboro this time last year (no further word on that at this point). But with more I/O jacks, and more DSP grunt (judging by the oscillator models on offer in the image), it seems like Poly Effects could have a very strong product on their hands here.

I very much look forward to meeting Hector.

No video at this point, but since it features the same modules as Beebo and Digit, check out Benn Jordan’s excellent run down