What is Compression? Definitions & Functions 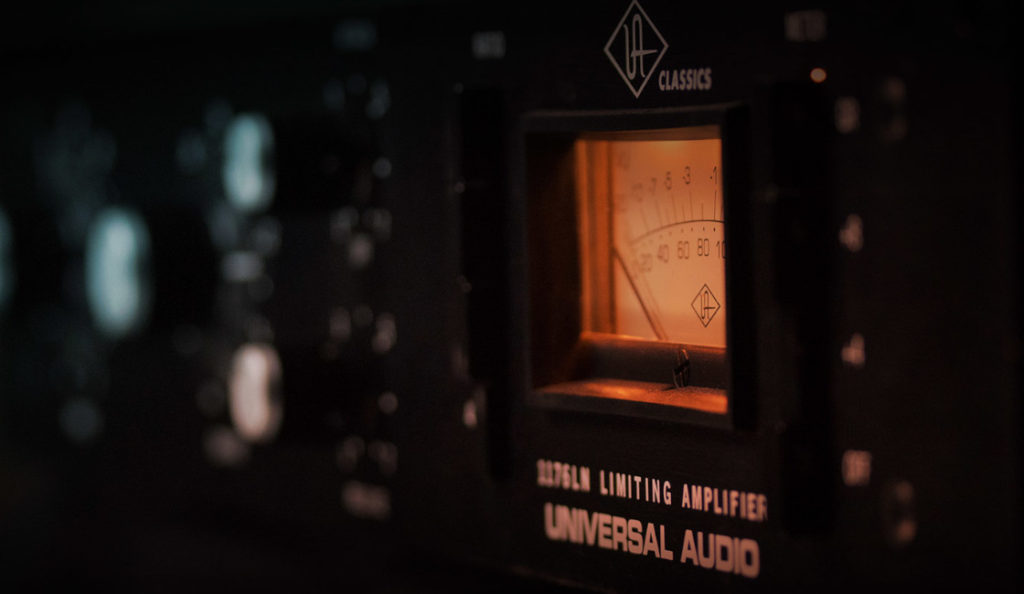 The simplest definition of the function of a compressor is attenuating the level of an audio signal or amplifying a quiet one. However a compressor is a much more elaborate device – whether a plugin or hardware. 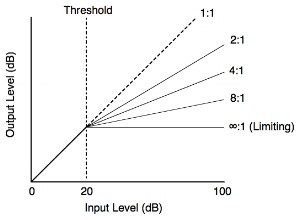 There is more than one design for a compressor, 2 of the common ones are feed-forward design and feedback design.

In a feed-forward design; the signal is split in two once it’s entered the compressor. One copy feeds a variable gain amplifier and the other to a side-chain, a control circuit which is managed by the measured signal applies the required gain to the amplifier. This is the most common design used today. Feedback design was used in earlier designs.

The key to be effective using compressors is understanding how they function and what each control does to the signal and their behavior.

Threshold is essentially setting the point where the compressor will start working, it is measured in dB- so anything above will be compressed. Threshold behavior is heavily reliant on attach/release controls or time constants; so whenever the signal goes beyond the threshold then the compressor starts working

It is important to understand what you are trying to achieve by using a compressor (i.e. controlling dynamics, taming loud transients, maybe just controlling sustain or getting a different tone)

Tip: Determine the extent of the compressor threshold with the ratio all way up so that when the signal goes over, the amount of compression applied will become very audible. 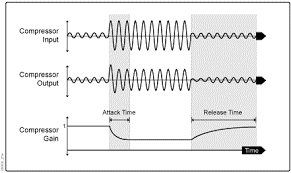 A Compressor’s attack and release controls are often labeled in milliseconds, in most designs those controls are adjustable by the user; however in some designs they will be program dependent.

The attack setting on a compressor determines how fast it will react to reduce gain and release settings controls how fast the gain reduction resets.

It is important to note that the loudness of the source signal is modified by the time-varying behaviors of a compressor; that means the tone and character of the signal in question can change from subtle to noticeable just by effective use of attack/release controls.

Tip: Setting the attack/release as short as possible initially to have the most obvious compression to the signal.

It is important to note that a high ratio can squash a signal; and low ratio might not be enough to achieve balanced levels.

Tip: Initially set to max and then down to the desired degree, once you’ve known the threshold extent then you can determine the ratio.

It is important to note that Peak sensing compressors will respond to an instant level of an input signal which will often result in quick changes in gain reduction, on the other hand RMS sensing compressors apply an average function to the input signal before prior to comparing that level with the threshold which will produce a much smoother compression and more perceived loudness.

The compressor’s behavior is extensively controlled by threshold, ratio, attack and release controls. Side-Chain gives further control over the signal and some more applications.

The signal feeding the side chain can be the original input (raw or processed) or a totally different signal.

Compressors tend to respond more to low-end, having HPF or LPF at the side-chain stage compensates for the unbalanced response of a compressor especially for signals that spread across the frequency spectrum. 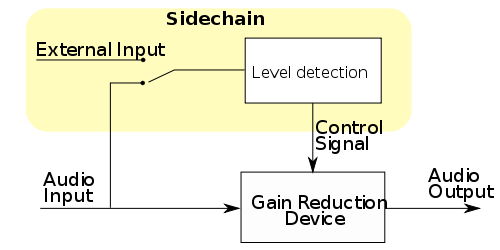 A multi-band compressor splits the input signal to different bands and allows the user to adjust each band independently without compromising the other bands.

The design of a multi-band compressor features band pass filters or crossover filters. The frequency of the cross over point is often adjustable and each split signal passes to its own compressor with each having its own independent controls (Threshold, ratio, attack/release…etc.).

This is a technique often used in mixing, by applying two different compressors in a signal chain. The first compressor is to adjust dynamics and balance the dynamic range whilst the other compressor manages stronger peaks.

It’s important to note that some compressors are suited to specific tasks than others, heavy serial compression can sound extremely natural in such a way that is usually not possible using a single compressor.

Parallel compression is the idea of blending a compressed signal with the uncompressed version of the same.

Another way of parallel compression is by sending the required track to a bus; the bus feeds 2 auxes with a compressor loaded only on one of them.

Compressors are fantastic tools, which are sometimes misused. They effectively define the characteristics of mixes. Compression can be transparent, prominent compression, heavy compression, and hyper compression.

One of the most common mistakes newbies do is over compressing; comparing the dynamics of a mastered track to a mix is misleading and will often result in a lifeless mix with no dynamics.

It’s a very powerful tool and in the right hands the results are exceptional, that’s why it was important to understand how it works and the relationship between the different controls.

We do hope the brief knowledge provided above can make some difference in your compression techniques.

Thanks to OVERDUB Productions

Ratio Peak RMS Universal-Audio Side-Chain Multi-Band Compression plugin Serial Compression hardware Parallel compression attack release Compressor Threshold
Previous ArticleDigitech Whammy: The Story Behind One of the Most Popular Guitar Pedals of all Time
Next Article Tubes: What Difference Do They Make to Your Sound?